Geriatric Pregnancy: When is it time for a fertility test? 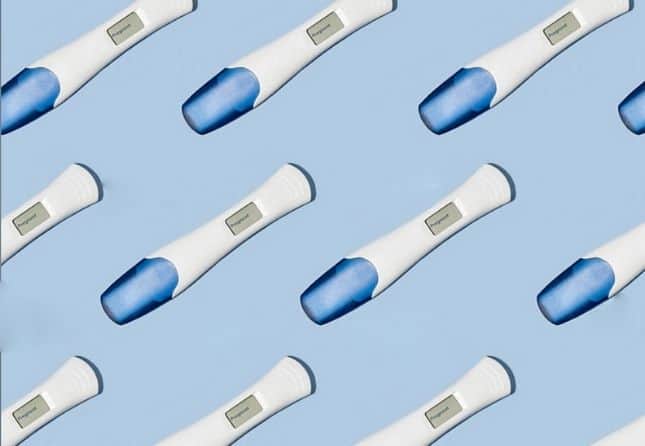 Geriatric Pregnancy: When is it time for a fertility test?

Have you ever thought about your fertility and at what age you’ll stop being considered fertile? At what point should you explore a fertility test?

Great news, gang! Our geriatric age has just gone up. Yup, women, have long been thought of by medicine to be ancient at the frankly ridiculous age of 35. Now medicine has recently decided that’s not the case! Hurrah! The bad news is, they’ve only moved it to 37. But congrats to all you 35 and 36-year-olds out there — you’re officially still young!

What is a geriatric pregnancy?

Not that the medical profession has decided, en masse, that any woman 37+ needs help dressing or remembering where they left their glasses. I mean it’s so difficult to find good Prosecco right now, I make absolutely sure I know where mine is at all times. Anyhoops, the term geriatric, when it’s leveled at women of a certain age, refers to their natural fertility. Or lack thereof. Because for a long time, fertility doctors thought the chances of conceiving at such advanced age, “fell off a cliff.”

I failed to find a convincing explanation as to why the word geriatric pregnancy is used at all, but it seems to break down to a couple of things. The first could be that, as our fertility decreases and we approach the end of our reproductive lives, the term may seem appropriate. But for me, the real reason has little to do with the actual pregnancy. In fact, it’s a lot more to do with the general health of people living three centuries ago. In France.

Now, you may well start to think that I’ve lost my mind, but bear with me. If you’ve heard the term geriatric pregnancy, then there’s a very good chance you’ve also heard the stats that go along with it. Namely, that a third of women over the age of 35 won’t conceive within 12 months of trying. You’ve probably also heard that pregnancy at such an advanced age comes with an increased risk. Let’s tackle that one in three factoids first.

Why we aren’t geriatric at 35 anymore

It turns out the data that statistic is based on was first collected in the 1700s. Yup, you read that correctly. Gleaned from contemporary French church birth records, it looks as though authorities did their calculations based simply on the age of the mother at the time of giving birth. It says nothing of whether any form of birth control was used, whether the mother in question was trying to get pregnant, or in fact, actively trying to avoid it. There’s no mention of her levels of health, if she’d explored her fertility with some sort of test, or how well the pregnancy went. It wasn’t so much a survey as a maths exam and somehow became gospel in reproductive medicine.

So, those stats aren’t just outdated in a 21st-century fashion, they’re outdated in a 19th-century fashion. Because, back in the 1700s, people aged a lot faster. And they were nowhere near as healthy or fertility savvy as we currently are. So how can data this old still be in circulation? It seems that carrying out successful fertility studies isn’t that easy in a population where birth control is so widely used. Added to that, those trying to conceive naturally aren’t always having the same amount of sex. So controlling the study is extremely difficult. Plus, also, you know, women’s stuff, right?

Age Is Just A Number

Some recent studies and fertility tests though have shown that, surprise surprise, there’s no such thing as fertility falling off a cliff. Yes, there is a decline in our ability to conceive and that is linked to age. But it’s nowhere near as fast or as early as once thought. In fact, women over 40 have the second-highest rate of unintended pregnancy in the US. Even better, there’s no magic age at which pregnancy becomes too risky.

Why is that? It seems that the pregnancy risk for those over 35 was once thought equal to the chance of having a miscarriage during an amniocentesis. This test can help determine whether or not the fetus could have Down Syndrome and be considered a dangerous procedure. And it’s necessary in the first place because older eggs can sometimes have trouble during fertilization, leading to chromosomal issues, including Down Syndrome. However, thanks to advances in technology, including ultrasound, the chances of miscarrying during an amniocentesis have dropped off a cliff. So there goes another vote for 35.

But here’s the really good news. Perhaps the biggest reason we aren’t in the geriatric pregnancy age at 35 has to do with our health and wellbeing. Back in the day, pregnancy could in fact be complicated by other medical issues, including diabetes and high blood pressure. In the 21st century, westerners have access to healthcare, education, fertility tests, and smashed avocados, so our levels of health are higher and longer-lasting. And this seems to be having a knock-on effect across the hormonal board.

A 2021 study, published in the Journal of the American Medical Association, found some very interesting things. Not only are women successfully conceiving later, but the onset of menopause symptoms appears to start later as well. So that’s the good news. Here’s some of the less-good news. If you’re over 40 and trying to conceive, there’s far less good quality data to really say how much speed the decline picks up during that decade. The jury is very much out, but it’s still possible to naturally conceive post-40 in many cases.

Now time for the bad news. All of this amazing stuff pre-supposes that all other things are equal. Being overweight, a smoker, or having diabetes, for instance, can throw a spanner in the works. So, too, can issues such as endometriosis and fibroids. If you have other healthcare needs, or if it’s taking more than 12 months for the blue line to appear, think about seeing a fertility specialist for a fertility test. A fertility test or assessment isn’t just about what you can or can’t do. It’s about taking control of if, when, and how you have children. And knowledge is always power.

Of course, for some, conceiving the old-fashioned way just isn’t possible. At that point, many women turn to IVF, or IVI, as a solution. And yes, the technology is amazing when it works. But as the study also showed, the chances of getting pregnant are upsettingly small. According to the figures, those under 30 fare best, with a 75% success rate after 12 months. Over 35s, though, see just over 50% success.

When should we turn to a fertility test?

As with everything hormone-related, fertility is best looked at and understood first on an individual level. Because as we’ve all seen at some time or another, a one-size-fits-all-from-300-years-ago policy isn’t helping anyone. Which is why taking charge of your fertility is so important, and getting a fertility test can help you do that. Not only will it help you understand your own body better, but eventually, that knowledge will trickle through and benefit everyone. Case in point: Geriatric pregnancy no longer exists as a medical term. Ready for the replacement? Advanced Maternal Age. Yup. This is why we need to join the conversation… There’s no way a woman came up with that.