Hormonal Contraception – What The Doctor Isn’t Telling You 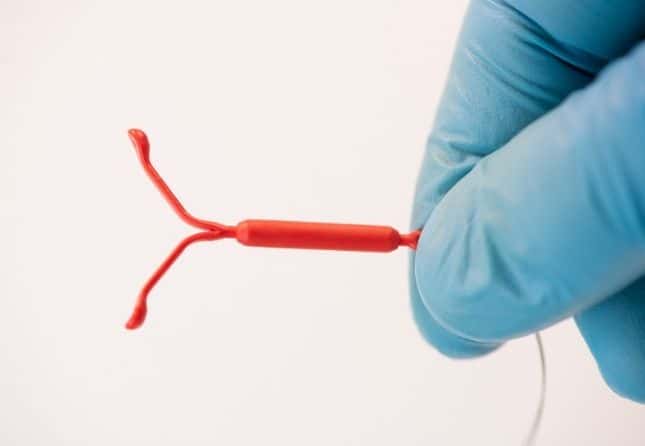 Hormonal Contraception – What The Doctor Isn’t Telling You

So, as you can probably guess from the title, this week we’re talking about the joys of birth control. Or, more specifically, the ways in which it can make us ill. Cos, holy crap, can it make us ill. And, full disclosure gang, while researching this piece, I got so angry I demanded my partner offer to have a vasectomy. More on that later. Also, fair warning – this might get heavy.

Contraception, is of course, something most women will come into contact with – no pun intended – at some point in their lives. Whether that be barrier methods, such as condoms and cervical caps, or hormonal methods, which include the pill, IUDs and implants, over 60 percent of us are actively using some type of contraception. And we’re not all using to prevent pregnancy, either. Hormonal contraception can also help with heavy periods, acne and polycystic ovaries among other things.

Now, don’t get me wrong. I think that reversible contraception is one of humanity’s greatest achievements, alongside sushi and Brooklyn Nine-Nine. In all seriousness, empowering women to decide when, or even if, they have children is good for the entire planet. But as with all things female-related in medicine, there are some issues that you probably definitely weren’t aware of. I’ve been using it for 27 years, and I had no frickin’ idea.

First, a little history. The pill was first approved for use back in the 1960s, and ever since then, reports of the side effects many women will have experienced have been flooding in. They include weight gain, bleeding, acne and emotional instability around your period. And, as benign as that all sounds, the underlying issues causing those effects can be very serious indeed.

Real-life side effects of birth control

Let’s take that I’m-not-fat-I’m-on-the-pill weight gain. You may well have been warned about it by your doctor or even told that it’s just hormonal. And technically, that’s right. But a more correct answer could be that the hormonal birth control is having a detrimental effect on your thyroid gland. The hormones in the pill or implant can interfere with its normal function, which in turn can cause weight gain, dry skin, dry hair, irritability and all the things we associate with side effects of the pill.

How about the emotional instability I mentioned? It can take the form of mood swings, depression, crying at Amazon ads. Of course, PMS is something we all live with, but hormonal contraception can take it to the next level. In fact, one of the reasons I’m writing this piece is a recent experience with an implant. In the three weeks I’ve had it, the mood swings, sadness and rage have started to make me feel as if  I’ve lost my mind. And I’m sure the implant is responsible.

And, as it turns out, I’m probably right. Strap in gang, it’s about to get real. A 2015 study of women actively taking birth control pills found something frickin’ astonishing. It seems the hormones in the contraceptive can lead to a change in the structure of your brain. Wait, it gets worse. Parts of the cortex, specifically those involved with, and you’re probably way ahead of me here, processing emotion, and critically, decision-making, get thinner. So, as it turns out, I’m not crazy, it really is the hormones.

Hormonal contraceptives can be risky Business

It was around this point in my research, during a hormone-induced rage that I made the aforementioned vasectomy demand. The answer was, initially at least, unsatisfactory. And I also definitely raged way too early. You’re probably already aware of the increased risk of clots and stroke associated with some pills. And you probably know about the higher risk of breast cancer, particularly among teenagers. But were you aware that the combined pill, one that includes oestrogen and progesterone, was categorized as a Grade A carcinogen? Yup, it’s in the same category as tobacco. And that’s from the International Agency for Research on Cancer. Mind blown, right?

And we’ve not even had time to discuss the bleeding, cramps and general discomfort experienced by so many users, regardless of their choice of birth control. But that doesn’t mean all forms will make you feel horrendous. So what can you do to minimize the risks and side effects but still make use of this amazing invention?

What Can You Do?

Well, you doctor will, hopefully, tell you that if you’re over 35, overweight or a smoker, any oestrogen-containing contraception is not for you. That’s down to the massively increased risk for many of things we’ve talked about today. And the progesterone-only form, which I’m currently on, comes with almost as many of those risks, save for breast cancer.

Copper coils are non-hormonal, and work as a permanent kind of barrier contraception. But even that can come with cramps, bleeding and irregular periods. As an extra bonus, though, it probably won’t affect your brain. So what it basically boils down to is this: What works best for you, personally. Please remember though, that for the most part, it’s incredibly safe and effective.

Of course, if you’re one of those lucky women whose periods are fairly regular and reliable, then chances are, you don’t need to worry about hormonal birth control. There are tons of natural ways of predicting and, crucially, using your cycle to control your fertility.

Not everyone will experience the crazy, or the pain. But on the other hand, not all forms of hormonal contraception will meet your specific health needs. And until the drug companies come up with some form of male birth control, it falls to us to do the work. If you think your contraception is causing you a problem, talk to your doctor and change it. Try a different pill, try a coil, try an implant. Try everything until you find the solution that fits you. That’s what I’m going to do. I refuse to be held hostage by hormones. Which means there might be some interesting conversations in the Matthews household in the coming weeks. Wish me luck!