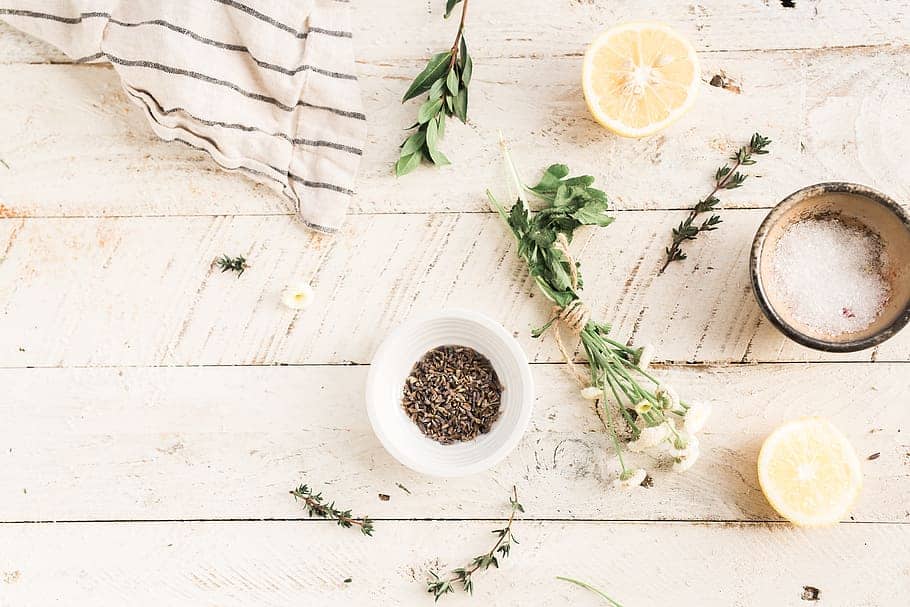 We’ve all heard these household myths before from the wiser women in our lives. Most of them, you probably can’t even remember who told you – it’s as though they’re ingrained in our minds from birth. Nowadays the connotations of “old wives tales” may be of ignorance and naive assumptions – but we should perhaps give our ancestors more credit than that! After all, in a time before Wikipedia or WebMD, ladies had to think outside the box when they were under the weather or had period cramps. And it turns out that we have their intuition to thank for many of our go-to remedies today.

The concept of “old wives’ tales” in itself may seem somewhat misogynistic – but this is only due to the way we regard such theories today. If we take old wives’ tales as the often useful nuggets of old female wisdom which they can be, we can not only celebrate them, but actually learn a thing or two!

Honey and lemon for a sore throat

Adding honey and lemon to your tea or hot water when you’ve got a cough or sore throat is now officially science-supported – not just what your grandmother once advised. This is because honey is a demulcent, meaning that it forms a mucous membrane that soothes the irritation of infected areas. Honey also has antibacterial properties and has been used since ancient history and around the world to heal wounds and reduce infection.

On top of that, lemons are not only super high in vitamin C, giving your immune system a boost, but the gentle acidity has astringent effects on your blocked airways, and turns alkaline once ingested which makes it more difficult for the bacteria or virus to survive.

Peppermint tea to settle the stomach

The peppermint oil naturally released from this popular infusion actually provokes the production of bile to facilitate the digestive process. As such, sipping on this good stuff can calm stomach upsets and get your digestion back on track.

Also, the stomach and digestive tract is comprised of smooth muscles, susceptible to the relaxing effects of the peppermint oil, calming any cramps and spasming. In fact, several studies have shown the effects of peppermint oil and peppermint-based treatments as being useful in alleviating IBS symptoms, stomach cramps, and general abdominal pain.

Carrots help you see in the dark

You probably took this one quite literally as a child. We now know that carrots contain beta-carotene, which helps the body to produce vitamin A. This is a vital vitamin for healthy, functioning eyes and is therefore necessary for maintaining overall eye health, avoiding cataracts, and indeed – slightly improving night vision.

So you may not have mutant-level vision any time soon, but those old wives were certainly onto something here. And carrots aren’t the only great source of beta carotene – you can also reap the benefits by chowing down on most other orange-coloured produce, as well as red and yellow peppers, kale, and paprika.

An apple a day keeps the doctor away

Okay – we all know by now that eating fruit every day is important for our overall health. But why specifically an apple? And one a day? Most likely because back when this advice was coined, the produce selection wasn’t nearly as vibrant and international as what we can enjoy today, and an apple a day was just about the best you could hope for nutrition-wise.

That being said, it turns out those old wives were onto something yet again. A 2013 study found that if all people aged over 50 in the UK ate just one apple per day, they would actually prevent – or delay – 8500 heart attacks and strokes every year. Sometimes drastically improving your health really is that simple! In an era dominated by exotic and expensive “superfoods,” the humble apple is often overlooked – but it actually has an impressive array of health benefits – from stabilising the blood sugar, acting as a pre-biotic for a healthy gut, and reducing the risk of some cancers.

It has been claimed for centuries that lunar patterns can influence your mood and behaviour. This is where the term “lunatic” comes from, after all. Although scientific conclusions are still lacking in this area, one study found that we do find it more difficult to sleep during a full moon – even with the curtains closed, that is – suggesting that it does have some sort of influence on our minds.

This, combined with a lot of anecdotal evidence certainly makes us wonder if there’s some truth in this old wive’s tale. Recent studies have delved into the mysterious subject of the moon’s effect on our biological tides and human emotions. Lunar astronomy accurately indicated that the repression of the moon’s gravitational influence brings about social tension and disharmony. It has even been known to influence crime rates! Definitely some truth to be told here.

The link between omega 3s and brain health is fairly well-known now, and it’s almost been forgotten that it was once considered an old wives’ tale that fish is “brain food.” The fatty acids found not only in oily fish, but also in flax and chia seeds, walnuts and some vegetables, are thought to improve the conductivity between brain cells, raising brain performance and even helping to stabilise the hormones.

It turns out those chocolate cravings you get just before you get your period (when progesterone spikes) actually happen because your body is craving exactly what it needs.

Chocolate triggers the brain to release oxytocin, causing your pulse to speed up and give you a subtle yet pleasant “high.” The theobromine and phenylethylamine in cocoa are also thought to affect levels of serotonin – which can boost your mood and ease depression. Cocoa also contains nutrients and antioxidants such as anandamide and magnesium which can have a calming effect to help soothe that PMS irritability. So now you have the perfect excuse to indulge every month – it’s practically medication, right?

Similarly, scientists have discovered that a hot water bottle or compress can indeed relieve pain deep in the body. Not unlike popping a paracetamol, this heated pressure can physically shut down the normal pain response involved in stomach aches or period pain.

You feel abdominal pain when your receptors detect a chemical that pours out of cells when they are damaged or under stress – such as your stomach or uterine lining. The heat response appears to shut these receptors down. So reach for that hot water bottle safe in the knowledge that the soothing qualities are not all in your head!

Cheese before bed gives you nightmares

Another one that you probably believed when you were a kid, only to dismiss it as an urban legend later in life. Well, there may be some truth to this one too, as many have indeed experienced the phenomenon of having a sometimes scary, lucid dream the night following a dairy indulgence.

Why does this happen? There are some scientific theories that point to the bacterial and fungal elements of cheese as the culprits. The psychoactive ingredients which they contain have the potential to affect dreams. So basically, not too far off taking psychedelic mushrooms. When you put it like that…

All in all, now that an increasing amount of this long-underestimated female folklore is turning out to be true, I think it’s high time we celebrated women, past and present, and the wisdom which they have bestowed upon us!

Take all old wives’ tales with a pinch of salt (over the left shoulder, of course) but don’t be too quick to dismiss the knowledge of yesteryear – people had to be more insightful before they had Google!

Which other old wives’ tales do you stand by? Let us know in the comments!