Hot Girl Summer is over so bring on Hot Girl Winter 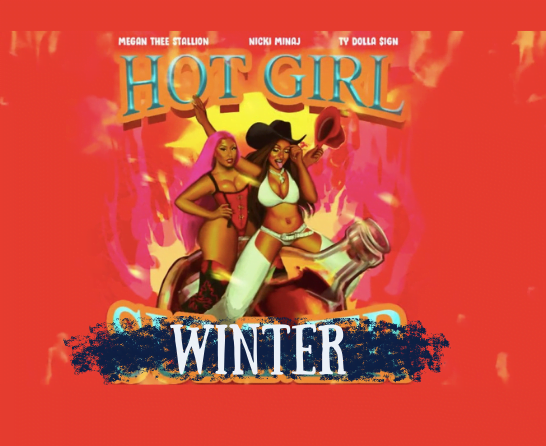 Hot Girl Summer is over so bring on Hot Girl Winter

‘Hot Girl Winter’ will be set to rise from the heat of ‘Hot Girl Summer’: You need to be involved

What is ‘Hot Girl Summer’ hype?

Hot Girl Summer by Megan Thee Stallion featuring Nicki Minaj & Ty Dolla $ign, the video pops on YouTube. You ignore it but you save it to watch later and inevitably you never get around to watching it.

Until it pops up on the radio. This song was going around at the beginning of spring just before summer. I was like; what the jay is this song, it’s good plus I predict it will be around all summer.

Little did you and I know it will pop up on our Instagram. Not only that real soon the ‘Hot Girl Summer’ meme was coming. Did that happen to you too: was feeling the song without understanding this is going to be a thing not to mention a big thing.

Why was ‘Hot Girl Summer’ so important?

On top of everything, it would not just be a summer fad left to fade away not ever leaving an impacting message, it added a major value of importance to the causes of women happening right now.

Megan Thee Stallion’s message for ‘Hot Girl Summer’ and the meme was about women having fun without their antics of going after that money and sex ever being questioned.

It was about women doing them as they live their best lives.

Looking and feeling how they want.

Simultaneously wearing whatever the hell they want and doing what they will to make their own summer.

Proving that the time of woman is now.

There is no going back into that time of silence. Megan Thee Stallion gave the concept to the public who took it and ran with it. Anyways, we are fully aware of the origins and the concept to some detail or another.

Now the season has ended yet it is not postponed until the next summer. It is destined to continue to grow with the seasons to prove that you can be a ‘Hottie’ who is a timeless classic and certainly aren’t a seasonal bitch.

Thus, summer has ended and Autumn has embarked on its quest to bring the winter in. Unveiling the presence of the arrival of ‘Hot Girl Winter’. The fun is not set to end.

Participating in a ‘Hot Girl Winter’ is to take the concepts from the summer and continue to do you in the winter. It is the time of building those bridges to the next summer filled with improvements from the one of past not forgetting to build on you being happier with you than you were last summer.

How do I make the most out of hot girl winter?

Keeping it breezy, ‘Hot Girl Winter’ thus far from what real women are doing with the meme is about building, improving on that ‘Hottie’ body not forgetting to build on that well-being. To enjoy the time of contemplation, planning and mental clarity. Things one wants when looking to the future as they improve on themselves.

Given it comes with winter but you will be doing it in a hot girl way by keeping the focus on you.

The ‘Hotties’ will be rising from the melted snowed ashes of winter to be better than they were last summer having been grateful for the time spent in ‘Hot Girl Winter’ building on those goals by the same token ignoring those who set out to judge.

‘Hot Girl Winter’ is just around the corner and so make sure you take this winter to do you. Focusing on what would make your life better and happier- let that little selfish darling you carry inside you blossom in ‘Hot Girl Winter’.

I hope it does snow this winter, it’s not a magical winter without snow.

Hormona is all about empowering you to be the best version of yourself. Are you ready to optimize your health & live your best life? Sign up to our mailinglist here!