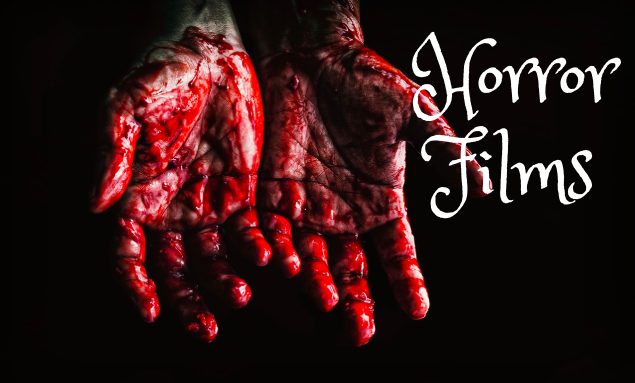 Like 25% of people in the UK, I struggle with depression daily, and have done for most of my life. Even after 3 years of taking medication, I often still have bad days; days where I feel lethargic, unmotivated, and downright crappy. I’ve tried writing in journals, listening to music, or even going for a walk – all the usual things that are suggested by friends and doctors – and, although they made me feel a little bit better, I have found the one thing that works the best and without fail. Horror films!

Why Not Watch Comedies to Cheer Up?

I’ve tried watching stand-up films and cheesy rom coms, but they always feel too close to home as they both focus on real life issues, whether it be the struggles of love, or telling jokes and anecdotes about the failures of our country. I much prefer watching a full-on gore-fest (like Saw, Would You Rather, Sinister) or a paranormal thriller that’s unlikely to ever happen (like The Grudge, Mama, The Shining).

These films provide me with a vessel that I can fill with my worries and anxieties. Plus, those jump scares can really get my heart racing, which is an amazing, indescribable feeling after spending days feeling completely numb.

What’s the Psychology Behind It All?

When I first realised that scary films lifted my mood significantly, part of me felt it to be a cause for concern – joy brought on after watching the pain and suffering of someone else is a little difficult to ignore. After a couple hours on Google, I’d read many different accounts from lots of different people talking about how these films helped them in the same way.

Even medical professionals see a rational correlation between horror films and managing mental health. These films give us a sense of control over experiencing negative emotions, as we voluntarily put them on to begin with. Exposure to these films provide a sort of buffer for depression and anxiety because we can experience the characters’ emotions instead of our own, creating a psychological distance from these feelings. The empathy we feel for the main characters also gives us a different person to focus our energy on rather than ourselves.

Some of My Favourite Horror Films

My favourite horror film so far has got to be Winchester; a film about a woman who built a house with impossible rooms full of ghostly tenants and dangerous spirits. Being full of thrilling suspense and well-timed jump scares it was perfect for stirring up my blood and bringing feeling back to my entire body.

I have only ever found one horror series that terrified me so much that I actually had to watch it with the lights on: The Haunting of Hill House. There were a few episodes where I grabbed my nearest teddy for comfort. As scary as it was, I was hooked so much I couldn’t stop watching it. By the end of each episode I felt more and more alive, and the characters’ stories were so full of trauma that my own anxieties shrank down to mild concerns and were easier for me to deal with.

Sometimes I even watch horror films that are so bad that I can vent out loud about all the loopholes and laugh at poorly written scenes, like Wounds, which tried to tell a complex story without explaining any of the events that transpired. The first hour of the film was full of far too much exposition and the ending seemed to come out of nowhere in the last half an hour. However, it was still effective in helping my mood as my anger was focused on the ridiculously poor film, providing me with a respite from my own worries.

With horror being one of the most popular movie genres, thankfully, there will still be an abundance of them for a very long time; Netflix seems to be running out of films for me, so I’ll need to scour amazon video soon and track down an HMV!

Do you have any unconventional methods of managing your mental health? What’s your favourite horror film? Let us know below!