It’s Time for a Turmeric Latte (with Recipe) 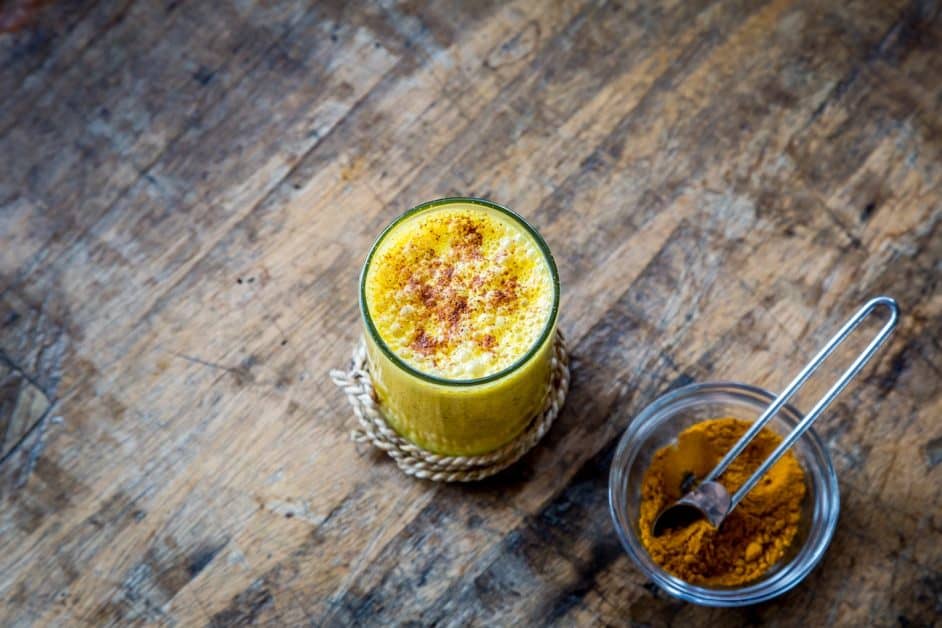 As fall is creeping closer we figured you might want a snuggly new bedtime routine or a warming evening drink? A turmeric latte may sound like a strange idea, but it’s actually a tasty and nourishing treat that is the epitome of cosy hygge.

What is a turmeric latte?

A turmeric latte is simply a warm mix of spices (including turmeric) in a non-dairy milk, usually almond milk. Contrary to common misunderstanding, turmeric lattes do not contain any coffee or caffeine.

Sometimes referred to as golden milk, the health tonic has become so popular in recent years that it’s now appearing on the menu at several big name coffee chains around the world. It’s quick to make, nourishing and above all, delicious. It’s also extremely Instagram friendly, which may be one of the reasons it’s been embraced so quickly in recent years.

Are turmeric lattes good for me?

There are several really positive health indications for turmeric lattes. For a start, turmeric is known to be an excellent anti-inflammatory and to have antioxidant properties. It’s most active ingredient, curcumin, is also said to hold several health-promoting properties and is thought to prevent heart disease and possibly Alzheimer’s.

Turmeric lattes also include cinnamon, which not only adds warming flavour, but is also thought to lower blood sugar levels and lower risk of heart disease, and ginger, which has soothing properties for the digestive system and is also proven to be anti-bacterial and anti-parasitic.

Part of the health benefits of turmeric lattes include the hygge factor. They’re the perfect accompaniment to a cosy moment on the sofa and a much-needed dose of self-care. If you can, try to take some mindful moments to sit comfortably and enjoy your turmeric latte and to really take in the flavours.

Turmeric lattes are really easy to make and only require a few simple ingredients.

Maple syrup or other sweetener (1 teaspoon)

Almond or other non-dairy milk (1 cup)

To make your latte, simply combine all dry ingredients with a splash of the almond milk. Whish together until you have a smooth paste. Transfer your paste to a saucepan and add all remaining ingredients. Whisk gently over a low heat until the latte is warm but not boiling.

Serve your latte in a mug with a sprinkle of cinnamon on top and settle down for a few, gloriously selfish moments to yourself.