HRT: What’s The Truth? Can it help with hot flashes and thin skin?

Following our piece on hormonal birth control recently, we thought it would be a good idea to take look at that other hormone extravaganza women face. Yup, today we’re talking menopause with all its symptoms like hot flashes, brain fog, brittle bones and thin skin but, more specifically, we’re talking HRT.

You may or may not have been around long enough to remember this, but about a decade ago, hormone replacement therapy, or HRT, was considered a Very Bad Thing indeed. In short, stories of HRT-related strokes, blood clots and, yes, cancer were rife. And it does seem that particular aspects of replacement hormones in pill-form could increase instances of the above. As a result, many doctors reportedly became reluctant to prescribe the treatment to any woman, not at risk of osteoporosis. Now, if you’re wondering what menopause has to do with your bones, strap in. It’s about to get a tiny bit scary…

While menopause is mainly about the end of your natural fertility, it also heralds a bunch of other changes that you’d think would have nothing to do with your Fallopian tubes. But they very much do. And the loss of bone density is just one of them. Yup, that tailing-off of oestrogen and progesterone can also cause brain issues and thin skin as well as brittle bones. Crazy, right?

Of course, menopause also brings with it night sweats, brain fog, hot flashes, sleep disturbance, irregular periods, mood swings… It’s an exhaustive list that, frankly, sounds like a nightmare. Thankfully, though, it is a finite nightmare. But it is a nightmare that’s individual to each woman. As such, and because we’re talking about women’s medicine here, there are just a few general pointers to look out for.

Generally speaking, what we all know as the menopause actually occurs in three stages. The first  – Peri-menopause – can happen anywhere from age 40 onward, but usually occurs around your mid-40s to mid-50s. It’s characterised by all of the above-mentioned symptoms like hot flashes, thin skin and brain fog, Although it’s the erratic periods that really signify the beginning of the end, in a menstrual sense.

The actual menopause, though, doesn’t begin until 12 months after your last period. All told, the first two stages alone can take up to 14 years. Four. Teen. Years. And those symptoms can make life absolutely miserable for older women – anyone who’s ever had a hormonal issue will have some idea of just how bad it can be. And we’ve all got it to look forward to.

The good news is, though, that it does end. And that’s when you enter the third and final stage: Post-menopause. Which, essentially, is the rest of your life, sans reproductive function. And, in turn, fewer troublesome hormones. But while that might sound like a dream come true for some, for a lot of women, getting to that post-menopausal stage can be a tricky and emotional journey.

Is HRT the Answer To Your Prayers?

Step forward HRT. Now, I’m in no way saying that replacement hormones can in any way help with the emotional rollercoaster that the end of your fertility can kick-off. But what it can do is help curb those symptoms, like thin skin and brittle bones and allow you to actually focus on how you feel. How does it do that? I’m glad you asked.

HRT performs a similar function to that of hormonal birth control. Taking it in any form results in a forced menstrual cycle, which means your periods will keep happening. It also keep your oestrogen and progesterone at more, ahem, youthful levels. And it has added bonus of keeping brittle bones and thin skin at bay. It can even ward off heart disease. In addition, like hormonal birth control, HRT comes in many forms, including pills, patches, shots and even gels. So there’s bound to be a delivery system that works for you. I should caution, though, that HRT is not contraception.

So what was all the fuss about ten years ago? Well, some of those older HRT pills, in a similar fashion to the early combined-hormone birth control, did in fact increase a woman’s chance of stroke and certain types of cancer. And that increase, while small, was significant enough for many doctors to simply stop offering HRT to menopausal women.

Since then, however, like hormonal birth control, a new generation of HRT has cut those risks. They still exist, mind, but at much smaller levels. Smaller even than those risks associated with taking the pill. In fact, as long as you’re not suffering from any type of vaginal bleeding or particular cancers, there are few reasons why you shouldn’t try it if you’re living the menopause nightmare.

That’s not to say that HRT doesn’t come with its own specific set of side effects. Like anything that messes with your hormones, there’s a period of adjustment. And it may look and feel a lot like the actual menopause. From breast pain to swollen body parts, vaginal atrophy to leg cramps, all can come hand in hand with HRT. The good news is that they should subside in about three months.

If you’re still having symptom after 12 weeks, though, it’s definitely time to talk to get some medical advice. And don’t panic. It could be that the delivery system or dose doesn’t agree with you, which is easily fixed. And regular exercise and cutting down on sugar can have amazing effects on the nightmare, HRT or no. As long as you’re having regular check-ups and started HRT under the age of 60, you can take it for at least a decade with little or no increased risk. If none of the things works, though, get a full check-up and make sure it’s hormones and not an underlying medical condition causing the issues.

After all this, though, you may well decide that replacement hormones simply aren’t for you. Thankfully, that doesn’t mean you’re on your own. The non-hormonal treatments available, though, aren’t quite as good, and they don’t appear as safe. Medications like Clonidine, originally produced to treat ADHD, can help with night sweats and hot flashes but not with thin skin or brainfog. It can also cause hallucinations and blood pressure problems. There’s also evidence that it interferes with certain anti-depressants and heart medications.

And, believe it or not, there is also a completely natural, drug-free alternative for menopause symptoms. It’s Cognitive Behavioural Therapy developed specifically for the nightmare symptoms it produces and has shown crazy results. I can hear your collective sigh, but the results speak for themselves. A 2014 study by Kings College London, which admittedly only involved 100 women, found symptoms had receded within six weeks of starting the therapy. Focusing on lowering stress and anxiety, the CBT techniques made dealing with hot flashes and night sweats easier, according to the report.

In the end, though, as with all things involving your health and wellbeing, find out what works best for you. Don’t let the change of life ruin your life. Because, why not? We all deserve a good menopause. God knows, we earned it. 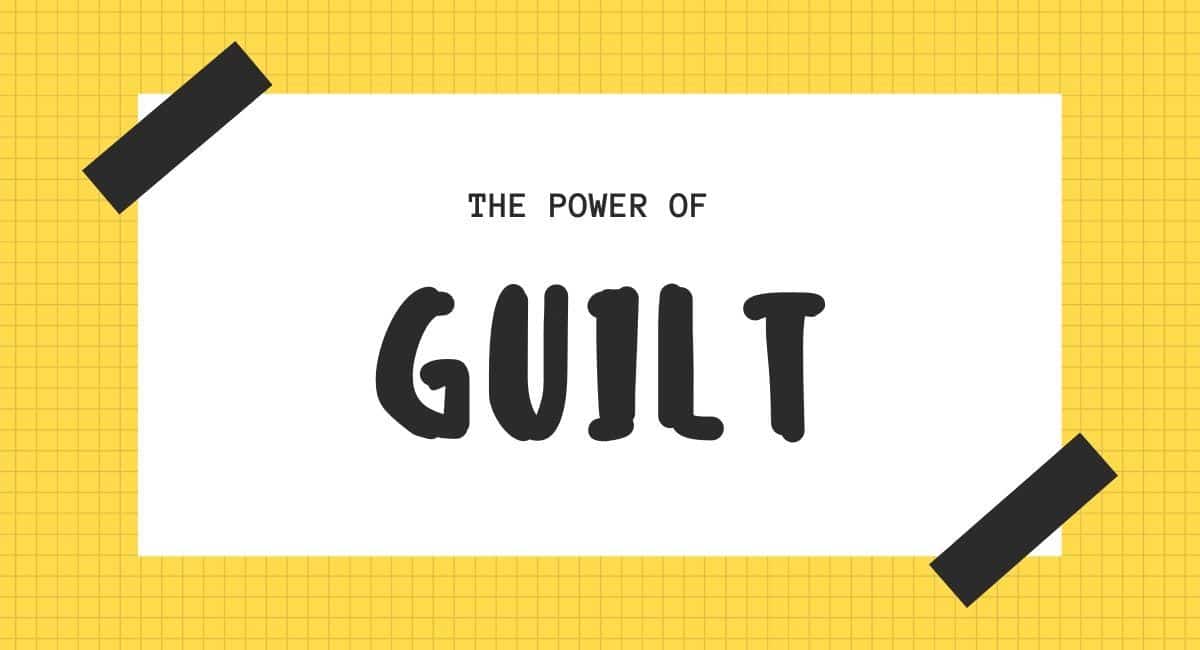 The Power of Guilt

Self Esteem – How to accept yourself 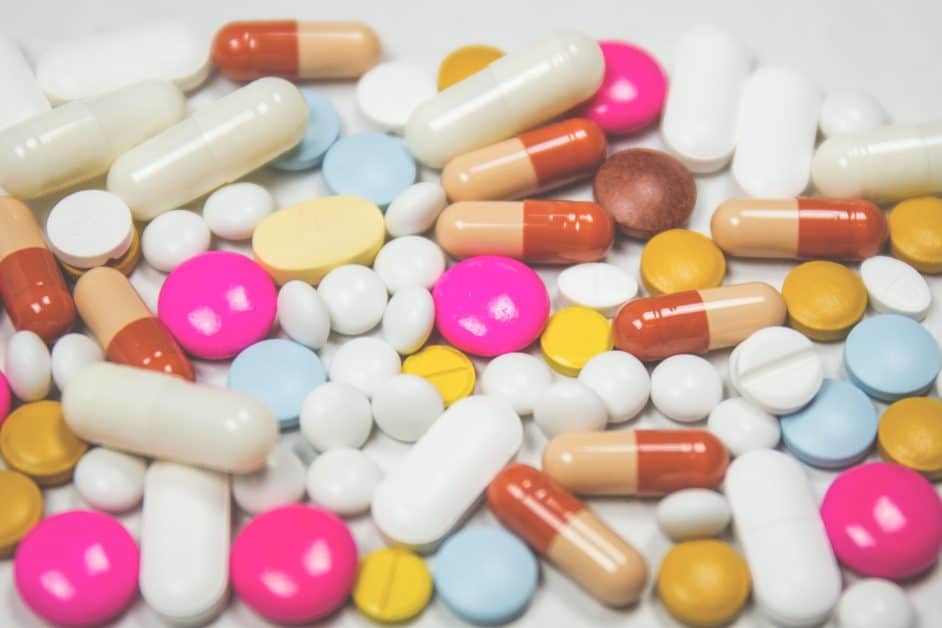 To Achieve Optimal Wellness You Simply Need To Balance Mind, Body And Spirit