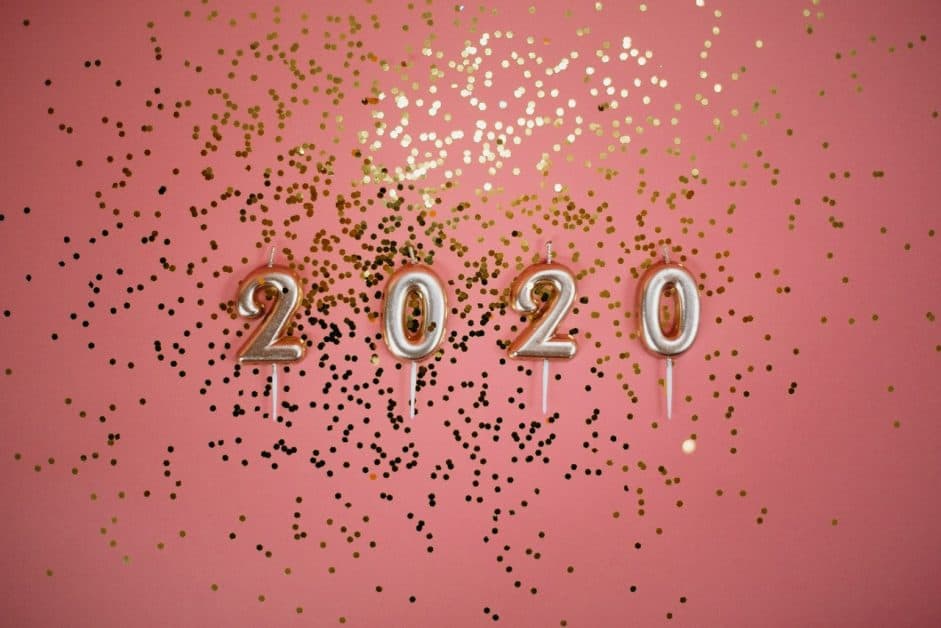 If you are like me, then the new decade has you both looking back on the last one and forward to the new one.

Whilst it seems a world away, the year 2030 is already inching closer towards us every single second. Although it seems so far away there are a number of things we already know about 2030 which makes it feel like a less-than-far-away-concept. For one, we already know it will begin on a Tuesday. 2030 is a year with so many major goals already set by governments, companies and organisations.

There are also a number of speculative projections for 2030, some of which sound a lot more realistic than others.

The beginning of 2030 and the new decade ushers in lots of questions: who will I be in ten years time, where will the world be and what will I care about? Creating a ten–year plan can help to solidify the vague goals and aims you may want for yourself for the future. By 2030 you might want to have a degree, or have travelled the world, or have run a marathon for charity. Whatever the goal a ten–year plan can help to make these goals more realistic, planned and achievable.

So if you are someone like me – a person with an obsessively organised, goal-driven, A-type personality – then you are already formulating your own ten-year plan. Imagining where you want yourself to be 2030 and planning the most effective route to get there. However, for those who have never made this sort of plan nor even thought of it as a method to organise your life, it can seem like a daunting and difficult task.

For me, a ten-year plan is easily split into six key steps: Goals, Time Scale, Achievable?, Plan, Implement and Achieve! Each one of these steps feeds into the next one, creating an easy step-by-step cycle for achieving your goals effectively. This notion is better explained visually through the following diagram:

Your 2030 Plan Explained in more depth:

This first step incorporates every goal you imagine for yourself no matter how big, small, ridiculous or mundane. The best way to approach this step is to create a spider web of all your ideas. No matter if it is being Prime Minister, owning a dog or living aboard write all of these ideas down on the spider web in order to give them equal leverage.

2. Time Scale: When do you expect to achieve these goals? By 2030 or earlier than that?

This second step allows you to start to become a little bit more realistic, cutting away the ideas that are unachievable by the 2030 timeframe. Using your spider web write down in brackets the earliest possible date you could possibly achieve this goal by. Remember: we are not looking at if you can achieve it in this step, literally just the date that it could be achieved by. So, for example, if one of your goals is to own a dog by 2030 then you might put 2021 as your earliest date. If you are in rented accommodation where pets are not allowed, and stuck in a twelve month contract, then 2021 could be the earliest possible date for owning a dog. If your new property allows pets, that is.

3. Achievable: Are your goals actually achievable by 2030 or earlier?

This brings us to the next step, where we look if the goals are actually achievable in the first place by identifying any possible barriers. If we use the dog scenario again, then being deathly allergic to dogs in the first place might put a hinderance on actually owning one. Making that goal an unachievable one, no matter how much you want it. Around each of the goals listed on the spider web write down all of barriers you can think of for each goal.

This next step brings together all the work you have already undertaken, helping to construct a plan for achieving your goal. If we yet again use the dog scenario, then the ‘what’ would be owning the dog and the ‘when’ would be 2021. The ‘how’ is now writing down all the steps you need to do in the mean to actually get to that achievement, such as living somewhere dog-friendly, having the funds to pay for vet bills, having a job with socialable hours ect.

5. Implement: Putting your plan into action.

This step is quite self-explanatory and takes you off of the planning page and into taking action in your life. This step requires you to make the physical changes in your life required to reach your goal, some of which will be hard or may even take years but inevitably will reward you with the goal you seek.

Again, pretty self-explanatory but if you have reached this sixth and final step then well done!