Women From History School Should Have Taught 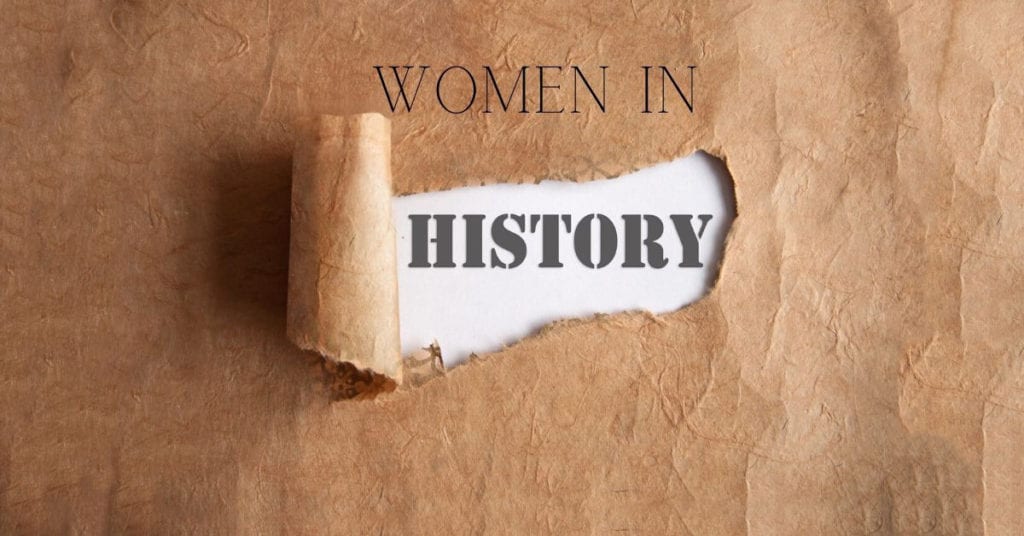 Women From History School Should Have Taught

Who remembers leaning about Henry the 8th? About Churchill, about William the Conqueror, Abraham Lincoln, Shakespeare, Dickens and a heart list of many other famous and inspirational men throughout history? And, here and there, a mention of Queen Victoria and Elizabeth the 1st, a brief mention of Boudicca.

My search for role models

As a girl growing up, I remember finding most of my role models in books, in TV shows, on episodes of QI or on the internet, shared by other women looking for inspiration. We all do. We read the words of women who influence and empower.

But why do we have to seek these so late in life? Why weren’t we taught about them at school? Why are all of our history lessons structured so that women are given to us as wives and mothers, sitting at home while the men were out fighting? They weren’t.

So, here are five women from history that we all should have learnt about at school, and where you can learn more about them than I can squeeze in here.

If her name is familiar to you, you might recall her as the wife of Henry 2nd and the mother of Richard the Lionheart and John 1st. You might know her from flitting briefly across the screen in a Robin Hood movie. But, Alienor of Aquitaine was once the one of the most wealthy and powerful women in Europe.

Inheriting the Duchy of Aquitaine from her father, she was married to the French King Louis, they divorced, and she went on to marry Henry 2nd. A patron of literary figures, she acted regent for Richard whilst he was on the crusades, lead armies, survived sixteen years imprisonment, was a leader of the Second Crusade and outlived all but two of her eight children with Henry. Read More Here

Also known as Ching Shih, Cheng I Sao was a formidable pirate leader, commanding over 300 hundred junks manned by 20,000 to 40,000 pirates.

She went into conflict with the Qing dynasty, the Portuguese Empire and the British Empire, defeating all attempts to stop her, even by a united attempt by Portuguese, British and French naval forces. She enforced a code of laws that kept her men united and one such rule was that any pirate who raped a female captive would be put to death.

Eventually she was captured, pardoned, and ended up opening a brothel and gambling house in Macau until she died at the age of 69. Cheng I Sao is widely recognised as the most successful pirate in history. Read More Here.

Queen of the Palmyrene Empire in Syria, Zenobia is remembered as a warrior queen who expanded Syria though Turkey and Egypt and taking on the Roman Empires that kept Palmyra subordinate.

Educated, tolerant and diplomatic, Zenobia created an empire independent of Rome, led armies, opened her court to scholars and philosophers, protected religious minorities and maintained a stable administration over a multicultural and multi-ethnic empire.

A patriotic symbol to Syria, Zenobia cultivated military might and an intellectual court that gives her standing alongside figures such as Cleopatra and Catherine the Great was said to compare herself to her. Fluent in Greek, Latin and Egyptian as well as her Palmyrene Aramaic mother tongue, her story and legacy is surrounded by myths. Read More Here.

American computer scientist and systems engineer; Margaret Hamilton was director of the division that developed on-board software for NASA’s Apollo program and has been credited with coining the term ‘software engineer’.

As well as legitimizing software engineering as reals science, safely getting men to the moon and back and publishing over 130 papers, Hamilton is held in esteem for the pioneering work of opening the door for more women to get into STEM. She’s been given ten awards over her career including the Presidential Medal of Freedom (2016) and the Augusta Ada Lovelace Award by the Association of Women in Computing (1986). Read More Here.

Wu Zetian was the only female emperor in Chinese history. She ruled as Empress in the Tang Dynasty and then as Emperor in the Zhou Dynasty. In the 50 years of her rule, the empire was peaceful, prosperous and powerful.

As an educated, charismatic, strong and influential woman, she rose to power swiftly and was considered, by historians, to be the real power behind the throne, rather than her husband. When he died, she ruled as Empress independently and seven years later, established the Zhou Dynasty, with herself as Empress. Under her political and military leadership, the Chinese Empire expanded in central Asia, she made Buddhism the state religion over Taoism, invested in education, increased agricultural output and her policies we’re kept in effect by the next ruler, Emperor Xuanzong.

She also went by the name ‘Tian Hou’ meaning Empress of Heaven, and ruled until she was in her eighties, eventually becoming undone in a coup which she survived, and was moved to the subsidiary palace Shangyang Palace, until her death. Read More Here.

Who are some famous women from history you think more people should know about? Let us know!