What Is the Patriarchy? Feminism and Social Constructs 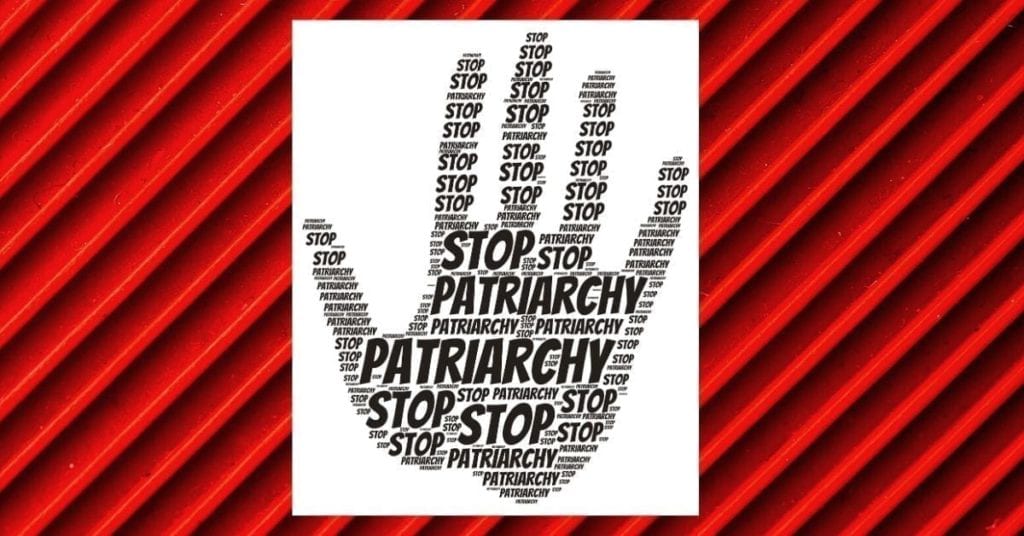 What Is the Patriarchy? Feminism and Social Constructs

“Patriarchy has no gender.” – bell hooks

It’s a word we hear often, especially in feminist circles. We hear it scorned, scoffed, screamed and battled against. But what actually is the patriarchy, how does it affect us, and why do we people want to smash it?

What does patriarchy mean?

Sociologically and anthropologically speaking, a patriarchal society or government is one in which

Historically speaking, western society and governments have been patriarchal, but with developing changes in family structures, challenging gender roles, and a with women taking a stand in political/governmental matters, the traditional organisation of a patriarchal society no longer really fits the views and attitudes of today.

Patriarchal societies tend to be built around the perceived biological differences between men and women, but most sociologists argue that the patriarchy is an entirely social construct. Traditionally, men are supposed to be independent, strong, logical, secure and unemotional whereas women are supposed to be dependant, emotional and weak. However, these roles were made for stability, consumption and production not for fulfilling relationships of happiness, respect and intimacy.

Nowadays, following the second wave feminism of the 20th century, it is a word used to refer to the social power held by men, and the subsequent oppression of women through that power. In this sense, patriarchy refers to a social, not biological, dominance.

Several matriarchal societies exists, though there is a significantly smaller amount in which the reverse happens. A society where women are head of the household and hold the majority of the power but nevertheless they do exist and in those cases women can be just a patriarchal as men.

Sylvia Walby defines patriarchy as  “a system of social structures and practices in which men dominate, oppress, and exploit women” but we would like to say that it is a social structure in which the head of the household dominate, oppress and exploit the other party. As for history unfortunately Sylvia is probably right and it is almost exclusively women being exploited.

What does patriarchy mean in feminism?

As we know, the idea of a nuclear family does not really exist in modern western society. There is no clear mould for a family consisting of a father, mother and children anymore. So, the principle of men being the head of the family no longer really exists for our generation in the same way as previously.

For modern feminism, the patriarchy exists as an interactive system, that contributes to female oppression and gender inequality. A definition used to describe a patriarchal society is a “systemic bias against women” although most feminist theories today recognise it as a social construct, that impacts men and women alike.

So, when feminist call to deconstruct the patriarchy, they are referring to a cultural reposition, which changes the cultural concept of the society.

In many theories, patriarchy is closely connected to capitalism, racism, and other prejudices and discrimination that makes it affect multiples groups of people, not just women.

“There is nothing revolutionary whatsoever about the control of women’s bodies by men. The woman’s body is the terrain on which patriarchy is erected.” – Adrienne Rich

How does the patriarchy affect society?

The patriarchy, in its simplest, most boiled-down definition, enforces gender roles.

The roles that say women have to have children, clean, cook, be quiet, be docile, be emotional.

The roles that equally say men have to be tough, strong, emotionless, leaders.

Patriarchy is the driving force behind society that gives men power and inhibits women from having any. We all live under the influence of these traditional roles and expectations, and we all, in some way or another, try to fight against them.

We challenge the concept of gender and the roles it enforces on us; so we challenge the structure of the patriarchy. Not as the desire to take power from men, but for us to see it fairly distributed between all genders.

As I’m sure you’re aware, feminism is the desire to see everyone treated with equal rights and respect and so it is the opposite to patriarchy. Because patriarchy is a construct that doesn’t let that happen. To men and women, of every background, every race, every religion, every sexuality and, indeed, every gender.

“I grew up in traditional black patriarchal culture and there is no doubt that I’m going to take a great many unconscious, but present, patriarchal complicities to the grave because it so deeply ensconced in how I look at the world. Therefore, very much like alcoholism, drug addiction, or racism patriarchy is a disease and we are in perennial recovery and relapse. So, you have to get up every morning and struggle against it.” – Cornel West.

How do we change the patriarchy?

“Smash the patriarchy”. It’s a phrase we know all too well. The ambition to collapse the societal constructs that dictates the power and oppression of the people living in it. Since it is a social construct, it can be recognised, and it can be changed, we all just have to play our part.

A few ways in how we have challenged the patriarchy lately

“Men cannot sit back and say, ‘Well, I’m not rich and powerful; that’s not me.’ It is you – if you are not actively dismantling the patriarchy, you are factually benefiting from it. Are you uncomfortable? Good. You should be. Discomfort is a reminder that privilege is being questioned, and this revolutionary moment is one in which we must defy, disobey, and disrupt the patriarchy, everywhere.” – Mona Eltahawy

There’s still a lot more to learn about patriarchy and how we can all play our part in changing it. Many of the quotes in this article comes from books talking about this in great detail and so if you fancy a read here are some of our top picks. Read them, share them, collect them, whatever. These books from professionals that can give you a wider, fuller idea of patriarchal concepts and how to break them might be the all we need to be part of the change.