Types of PMS: PME, PMDD — What does it all mean? 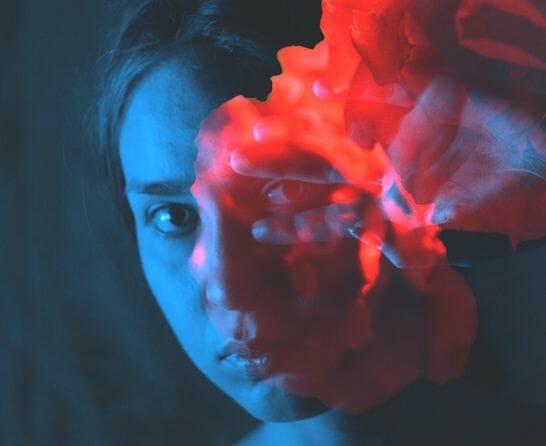 Types of PMS: PME, PMDD — What does it all mean?

If you’re someone who experiences the joys of menstruation, you’re probably also familiar with the term Pre-Menstrual Syndrome, or PMS. Generally speaking, it describes the collection of symptoms that show up around a week before your period. But, as you probably already know, it covers a lot. Bloating, irritability, headaches, you name it – PMS is usually to blame. But are you aware of the different types of PMS and their related conditions?

Types of PMS: There’s more than one?

If you’ve been doing some research or talking to others about PMS, you might have noticed a plethora of P-words thrown into the mix. PMS vs PME vs PMT vs PMDD… It’s like the naming committee has a weird thing for the letter P. Like Sesame Street. But without the fun. So what do they all mean in real terms?


As that’s something we’ve often asked ourselves, we thought we’d compile a clear-cut guide to all those period-related P-acronyms! So, here’s a breakdown of the different types of PMS:

PMS vs PMT: Which type is it?

PMS and PMT – Pre-Menstrual Tension – are often used interchangeably. Some people will refer to their symptoms strictly as PMT, some only as PMS, and some will swap them in and out whenever. It can get confusing, especially if a healthcare professional uses one you’re not familiar with. Don’t worry, they refer to the same thing!

The first medical acknowledgment of Pre-Menstrual Symptoms, PMS, didn’t appear until 1931, when it was named Pre-Menstrual Tension. And while it was terribly nice of the medical community to confirm that our symptoms exist, they did rather do a job on the name… Again.

As a result, the term PMS later became more popular, as it better captured the fact that PMS is a collection of lots of symptoms, as opposed to those associated with the ever-mysterious “Tension.” Which we all know is code for not smiling enough. Essentially, PMS and PMT refer to the same thing.

Pre-Menstrual Dysphoric Disorder, or PMDD, is a severe type of PMS. The symptoms of PMDD are basically all the usual PMS symptoms but at such an extreme level they impact your quality of life. These can include:

While PMS symptoms are deeply unpleasant, they’re at least, generally, manageable. But those with PMDD would likely struggle to cope without medical intervention. It’s so serious, that it’s the only PMS-related condition added to the DSM, the medical profession’s official mental health diagnostic manual. So while PMDD is technically one of the types of PMS, it’s also a separate, serious diagnosis in itself.

Where hormones are concerned, though, it’s never particularly cut and dry. The line between bad PMS and PMDD can be very fine. Some months of PMS might be worse than others, and stressful events or episodes may trigger the onset of PMDD, even when your PMS has previously been manageable. Some women find that their PMS worsens after pregnancy, while others find that it gets better.

But wouldn’t you know it, there’s no blood test to tell you whether you’re living with PMS or PMDD. Which means that tracking your symptoms and being aware of how they affect your life is essential when it comes to diagnosis. And here’s the Hormona app plug! We can help you track your symptoms and spot patterns that’ll make a huge difference to your life.

PME stands for Pre-Menstrual Exacerbation, although it’s also called Pre-Menstrual Aggravation, or PMA. There’s a good chance that, if you’re living with a long-term condition, say, chronic pain, you’re aware of this already. Because if your symptoms get worse in the week before your period, you may well have PME.


Likewise, if you’re living with depression, and PMS brings on an intense depressive episode, you might be experiencing PME. And that’s thanks to the rise in Progesterone during your Luteal phase which can make all your pre-existing symptoms worse. If that’s happening to you, please talk to a healthcare type at your earliest convenience.


PME vs. PMDD: How can you spot the difference?

As with most things hormonal, this is where it gets tricky. Generally speaking, the difference breaks down to this: PME will worsen the conditions you deal with already. This means you’ll have symptoms all month long, but those PMS days will be particularly tough. Where PMS/PMT and PMDD are concerned, hormone changes cause new symptoms or symptoms that aren’t present during the rest of your cycle. These typically drop off once your period starts and stay away until you’ve Ovulated.

And here’s where it gets even more complicated. Because it’s possible to experience both PME and PMDD. At the same time. Yup, just cos, you know, why not? So if PMS is severely impacting your life, it’s well worth considering both PME and PMDD when you’re exploring the causes.

As we mentioned, gang, tracking is essential, but so is telling someone what’s going on with you. PMS can be hellish, but living with extreme symptoms isn’t something any of us should have to put up with! Please make sure you’re getting the care you need, because we need you at full strength right now.


Disclaimer: This website does not provide medical advice. The information, including but not limited to, text, graphics, images and other material contained on this website are for informational purposes only. No material on this site is intended to be a substitute for professional medical advice, diagnosis, or treatment. Always seek the advice of your physician or other qualified healthcare provider with any questions you may have regarding a medical condition or treatment, and before undertaking a new health care regimen, and never disregard professional medical advice or delay in seeking it because of something you have read on this website.