Toxic Femininity Exists: What is it and what you need to know 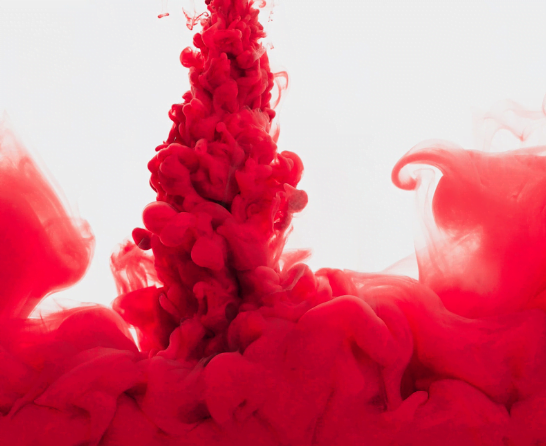 Toxic Femininity Exists: What is it and what you need to know

But what about the reverse side: toxic femininity – is it a thing?

What is Toxic Femininity?

Toxic femininity is essentially a way for women to sabotage others by using her traditionally feminine qualities.

It is where a woman’s response to a long-standing threat of failure, underappreciation, or a need to prove herself over her male peers reacts by resenting the women around her who are fighting the same battles.

This can take many forms such as gossip and social exclusion of the women around. Because toxic femininity isn’t simple and straightforward, it is rather hard to explain and define it.

Although there’s still a way to go, more women than ever are bagging those high-level degrees, jobs, and positions of power. But instead of sharing a sisterly bond of pride and celebration as our foremothers may have hoped, we often look at our high achieving ladies with a paranoid and jealousy-steeped side-eye.

Just as in the past (and indeed to some extent, still today) women competed for male attention with the goal of “marrying well,” they now seem to do the same – but for the attention of a boss, a professor, or a client. The motivation may have moved forward but the method has not.

This intrinsic envy for other females and the immediate comparison many of us do subconsciously – Is she more attractive? More qualified? More charming? – creates a toxic work or academic environment for all involved.

Where does toxic femininity occur?

You know that girl you knew at school (everyone knew at least one) who gossiped, laughed at others behind their back, seemed overly concerned with popularity, and even engaged in a little back-stabbing to put others back in their place? Well, that “mean girl” trope, unfortunately, doesn’t end at school, but continues into uni and even into the workplace and that is toxic femininity.

It occurs when women use the feminine stereotypes set out by society to their advantage as well as when women cover stabs and insults with a veil of kindness and empathy.

Though it may not be the same perpetrator each time, you can guarantee that wherever you find yourself, you will find them – or rather they will find you.

But why are these toxic females so commonplace – and are we bad feminists for calling this phenomenon out?

I would actually argue the opposite. Feminism is about equality of all – and women putting other women down goes against its very core. Indeed, putting anyone down – no matter what their gender may be – does not coincide with the values of equality.

But when women in competitive environments turn against each other rather than being mutually proud and respectful that against all the odds, they both made it – it really is rather sad.

Women are 14% to 21% more likely than men to report experiencing “uncivil” treatment from female co-workers.

There is admittedly a lot of discussions now around making workplaces better for women, but an inconvenient truth is that it’s not just toxic masculinity we should be stamping out: women can be aggressors too. Particularly against their fellow females.

Why are women bullying women?

We often hesitate to speak openly about toxic femininity, so as not to reinforce the negative stereotypes about women being petty or “bitchy”. But with over 70% of women now admitting to feeling bullied by their female colleagues, it’s about time we talk about the issue.

Essentially, women prefer to attack other women at work because of how society is structured. Women have traditionally targeted each other in personal contexts: You have the mother-in-law trope, the fake best friend, the classic sister rivalry, etc. But whether at home, at work, or in a social setting, this kind of insidious passive-aggression is often difficult to call out, since it operates under the sweet and smiley cover of feigned niceness.

Women are also very good at plausible denial and making some of these passive-aggressive situations seem like they were done out of kindness. In addition to this women also put excruciating pressures on each other when it comes to looking a certain way.

Toxic femininity: signs to look out for

If you often witness ladies engaging in any of the below telltale toxic behavior in your social or professional circles, then toxic femininity may be at large:

What can you do about toxic femininity?

Once identified, should we then shun these supposedly “toxic” women? Wouldn’t that mean sinking to their level? We must bear in mind that toxic femininity comes from a place of long-term societal conditioning and deep insecurity.

Society has, for as long as we can remember, taught us to target other women usually in a personal or domestic setting. But as more women are in the workforce today than ever before that targeting has also slipped into the workplace.

This means that toxic femininity is likely to mold itself to a corporate setting as more women end up in decision-making positions.

Women supporting women – success is not a limited resource

As women, we are all just trying to get ahead and make our mark in an often challenging world. Past hurdles can make others appear to be nothing more than competitors, standing in the way of our own recognition and success.

We must all get past this way of thinking to better support each other. Together we are most definitely stronger and in today’s day and age, we should know better.

Once we realize that success is not a limited resource and that we can support and empower the women around us without our own flame diminishing – in fact, the opposite is true, the stronger the flame of my fellow women, the brighter my own flame will become – then we can begin to ensure more supportive working environments and healthier female relationships.

Do women generally face more obstacles to rise to the top?

Are women generally less aggressive and direct than men?

This is often the case.

But, at risk of conforming to gender norms, women tend to be particularly prone to destructive, sabotaging, and passive-aggression when they feel threatened or insecure. It’s simply how we have been conditioned in this society. We are led to believe that this is how to be ambitious and competitive – but it’s not the only way.

Let’s be clear – it’s not the fierce determination and putting ourselves first that I am criticizing – that definitely can stay (and we could actually do with more of it.)

However, when this thirst for success sours into pushing other women out of your way – then it’s time to take a step back.

Hormona is a company built by women for women, and for us supporting each other is at the core of our culture. If you want to know more about us and what we do, sign up to our mailinglist!