The Power of Guilt 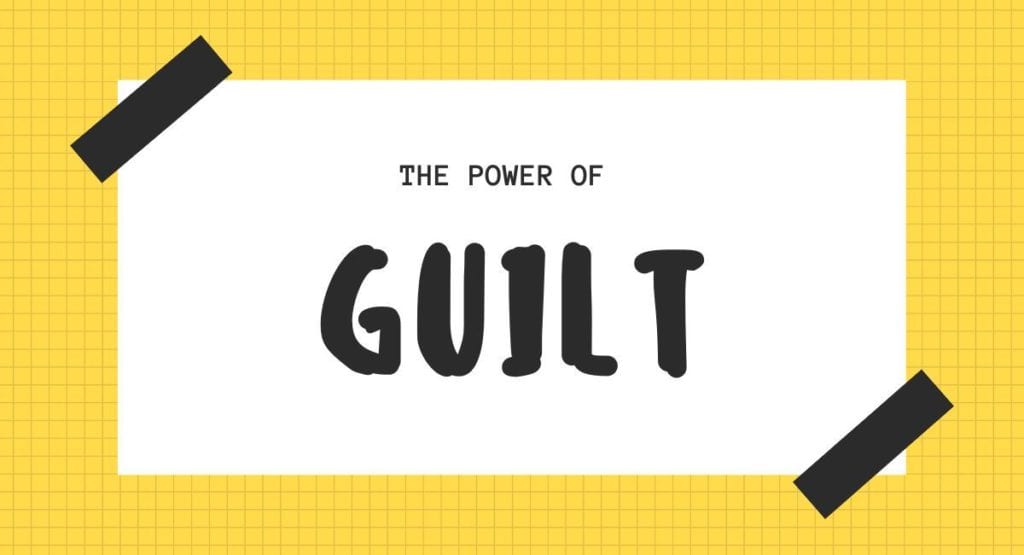 A quick poll of my closest female friends, on what they feel most guilty about revealed something interesting. All of them, except one (who is single, happy, and has never shown an inch of guilt in her life), said their guilt centred around their work/life balance – they either spent too much time at work and not enough time with their husbands/kids, or spent too much time with their family and weren’t devoted enough to their career.

If you asked six men the same question, I doubt you’d get the same response. And this is the crux of the guilt problem; men don’t feel it enough and women constantly have a guilty conscience.

In a 2012 study from the University of the Basque Country, researchers found that the intensity of habitual guilt – guilt you constantly have – was significantly higher for women rather than men. Interestingly, it was particularly high in women aged between 40 – 50.

If you think about it, it makes sense – in your teens you feel little or no self-guilt about your actions – selfishness being an annoying, but key trait of most teenagers. Your twenties and thirties are often taken up with relationships, raising a family, and careers and once you get to your 40’s, it’s time to take stock. It’s the most likely age where you finally have some space to make time for you, something that comes with the baggage of guilt. Add that to perhaps feeling like you haven’t achieved what you wanted in your career or even marriages breaking down and you have the perfect melting pot of worry, blame and guilt.

The conflicts of guilt

Guilt is part of the fabric of our lives and we’ve been feeling it since we were children, in fact teaching children to feel guilty about their negative actions is one way to help guide them to develop their own moral compass. As we get older, women, (unless you’ve actually committed a crime), mostly feel guilty as a result of enjoyment vs obligation; I would really like a bath right now, but I’ve got to read to the kids before bed, or, if I slipped out of work early I could meet friends for a drink, but I’ve got a looming deadline. The conflict arises in almost everything we do and weaves its way into different parts of our lives.

Why guilt is good

The female brain is predominantly hard-wired for empathy, says Simon Baron-Cohen in his book, The Essential Difference: Basic Books: 2004, which is why we end up with the nurturing roles – mothering, bonding at the school gates, diplomacy at work and remembering birthdays! The reason we feel so much guilt is because we over-worry about other things; the friend who lost her job, when you got a pay rise, your husband treating you to a meal out when your sister is going through a messy divorce.

The guilt you feel in these situations only goes to show you care and that’s why it’s a good thing. If you didn’t care and never felt guilty, you’d breeze through life hurting people’s feelings, saying the wrong things and always putting yourself first.

Of course, the flipside of guilt is when it threatens to overwhelm you and stops you from having any balance – workaholics are often driven by guilt to succeed, or it can stand in the way of success because you don’t feel worthy of a promotion, for example.

Guilt can turn you into a people-pleaser, where it becomes impossible to say no to the demands of others; or make you reluctant to enjoy anything in life. Have you ever stopped having fun with friends, for example, to rush home and tackle the laundry? Guilt motivates so much of what we do, and this is largely a good thing – it is the glue that holds relationships together, (I must phone my friend, because I feel guilty I haven’t spoken to her in ages) but we need to recognise when the balance shifts to motivating ALL that we do.

Work guilt can appear in many forms, from feeling guilty about how little you enjoy your job, to constantly comparing yourself to others. We’ve all had that moment, at 5pm, when we’ve finished work for the day, but feel too guilty to leave because everyone else is busy at their desks. There’s also the guilt that comes with success or feeling we have to apologise when we’ve done well. This is connected to imposter syndrome; worrying we’re not good enough for the job and people discovering we’re a fraud. Even Dame Helen Mirren felt it after winning an Oscar:

It’s this incredible pleasure, to sort of feel like you haven’t been found out – because as actors, we always think we’re going to be discovered as frauds. It’s joyous, it’s thrilling and there’s a little bit of guilt.

There’s plenty of guilt handed out to women who head back to work after having children; internal guilt about leaving your children, external guilt from others who think you should be at home, and probably a fair bit of self-guilt from mums who breathe a sigh of relief at having adult company again and being able to hand small kids over to someone else!

Feeling guilty at work can manifest itself in lots of different ways – guilt is often the price that comes with being successful, just as keeping your job whilst others have been laid off can be a huge burden.

Perhaps work guilt, more than any other guilt, highlights the fact that someone else’s decision has caused you to feel guilty – and this is worth keeping in mind. Someone else chose you for the job/promotion/project lead and whilst there were other worthy candidates, someone chose you. You couldn’t help that and not feeling comfortable with success because of guilt, can stop you from fully achieving your potential. Repeat to yourself at work (quietly, obviously!) We are all working here to achieve our ideals, so we should not feel guilty once we have achieved them.

Most mums will admit to being wracked with guilt over decisions they have to make when they first bring home their baby – bottle vs breastmilk, Dummy vs no dummy, strict routine vs going with the flow – and all under the scrutiny of other mums who’ve seemingly done it better than you.

The conflict continues as our children grow; am I playing with them enough, am I feeding them the right mix of healthy/organic food; I could really do with a break, but they’ve had too much screen time. Mum-of-three, Milly, agrees: “On top of feeling guilty for plonking my three-year-old in front of the TV whilst I feed my baby twins, I also had my mum phoning constantly for updates, requesting facetime, and asking when we’d all go to visit her – my guilt was on overdrive.” Milly’s plight is familiar – other people putting guilt-trips on you for your decisions, whether it’s not visiting your parents enough, or avoiding the call from the friend who constantly has dramas, is a serious weight on your shoulders.

Guilt trips only become a problem when you give in to the manipulation. This is a tough one to overcome, but it involves standing up for what you believe in; and living by your own moral code. Is it time to tell your mum, it might take more than 30 seconds for you to answer a text? (and it doesn’t mean you love her less if you forget) Or to have a word with the friend who drops her kids off at your house because, ‘she really needs some time out,’.

The trick is to speak kindly to those who guilt trip you. Explain that you realise how important this is for them, but you’d rather fulfil their needs on your terms, to avoid any resentment building in the future. It may take time to get your message across; but stand firm in your convictions and you’ll start to see a difference in the guilt you feel and what’s put upon you.

One of the biggest areas of guilt in women’s lives, no matter how old or what their circumstances are, is taking time out for themselves. It might be squeezing a forty-minute run into a busy day, having a haircut, treating yourself to expensive chocolate or lounging about in your pyjamas watching Netflix. Whatever it is, it usually has guilt attached.

“Even after a long working week, with family craziness thrown in, it gets to Sunday and instead of taking time out, my mind plays over what needs doing,” says working mum Jo, “The cupboards that need sorting, the garden that needs weeding and the friends that need emotionally propping up. I rarely stop to think about my own care or time out.”

We all have to realise, that if we don’t look after our emotional needs, everything happening around us, our careers, our families and how we treat others, will start to unravel. Taking time out and re-balancing yourself can have a ripple effect on every situation you encounter – it can give you energy and focus at work, can keep you calm when your children are pushing you to your limits and it can help you become more creative and productive – just think, all that for the price of a massage and some head space.

The key is to move self-care to the top of your to-do list rather than languishing at the bottom, and stop feeling guilty about grabbing your novel, a large cup of coffee and finding a quiet nook to escape too.

Overcoming feelings of guilt does involve standing up for what you believe in, so ask yourself three simple questions about the guilt that plagues you the most:

If you answered yes to any of these, you know the action to take, and remember, a small feeling of guilt is actually a tiny act of rebellion: Yes you can have a weekend away from the kids, buy yourself those shoes you’ve saved in your basket, or turn your phone off at the weekend to stop the constant demands – It’s ok after all, to sometimes put you first. 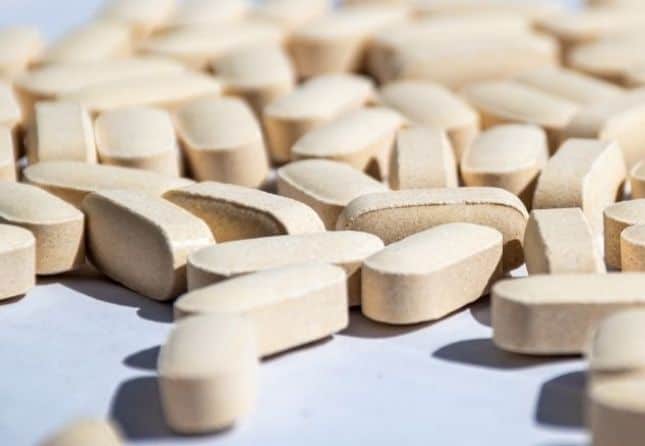 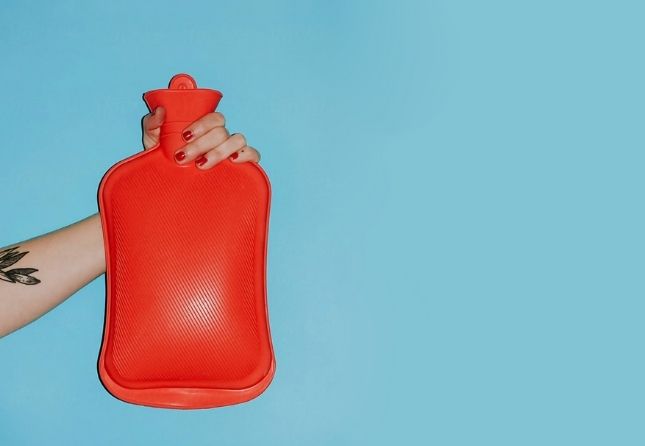