Role of FSH in Menstrual Cycle: The how, when and why 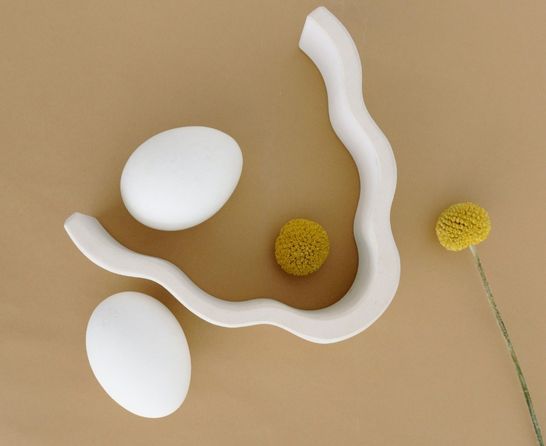 Role of FSH in Menstrual Cycle: The how, when and why

If you’ve heard us talking about FSH in the past but still have no idea what the actual what it is, this one’s for you. Because despite how important FSH is to your reproductive wellbeing, no one really talks about it til you’re trying to get pregnant, or Menopausal. And as far as we’re concerned, that’s not even close to good enough. So here are your questions about FSH and its role in the Menstrual cycle, answered. You are, as always gang, most welcome.

What exactly is FSH?

FSH, or Follicle-Stimulating Hormone, to give it its full name, is a hormone produced deep in your brain by your pituitary gland. Its role is, in essence, entirely to do with making new humans, in both men and women. And where the Menstrual cycle is concerned, it’s mostly all about getting your eggs ready for release.

And because of that role, FSH levels are often used to determine levels of fertility. This means that anyone wanting to get pregnant can use an FSH test to maximize their chances of conception. How? Good question…

What role does FSH play in our Menstrual cycle?

In people who have periods, FSH helps your ovaries to mature the eggs growing in your follicles. It works in a tag-team stylee with Estrogen, which is produced by your ovaries as your eggs get larger. Starting in the Follicular phase of your cycle, levels slowly climb, peaking just before Ovulation.

At which point, your levels drop again, while your body waits to see if conception takes place. If it doesn’t, that kickstarts your period and the whole thing starts again. But if your FSH levels are always low, the egg won’t be released from your ovaries. This not only prevents pregnancy, but it also has a knock-on effect on your period. No egg, no bleeding.

FSH and the Menstrual Cycle: Up close…

FSH has a crucial role in stimulating follicles and egg development so that ovulation can occur. During the Follicular phase of your cycle — the stage between the first day of your period and Ovulation — FSH stimulates several follicles inside your ovaries. This causes them to start growing. Which is why your FSH levels are highest during this stage of your cycle.

The growing follicles compete for dominance over the course of the phase. As they mature, FSH levels reach a peak, alongside Estrogen and a new player: Luteinizing Hormone, or LH. This combo triggers the release of your dominant egg, and Ovulation is a go. At which point, all three hormones drop dramatically.

That drop in FSH causes the follicles that didn’t become dominant to die. And as those levels stay low during the next stage, either pregnancy or the Luteal phase, your follicles are essentially dormant. That is, until your period starts.

What about FSH and everyone else?

In those assigned male at birth, FSH controls the production of sperm. But without a Menstrual cycle, those levels don’t change much after puberty.

Pre-puberty, though, everyone’s FSH levels are low. Once you’re in it, though, that changes. For those assigned female at birth, FSH production increases to trigger the Ovaries into action. While in those assigned male, it kickstarts the production of Testosterone from the testes.

What is an FSH test?

An FSH test can be used to find out if your levels are an issue. Too much or too little FSH can cause a number of problems in both men and women. As it plays such an important role in your reproductive health, fritzy levels can result in irregular periods and fertility issues.

As FSH works also alongside LH to control Ovulation, tests will often cover both hormones for a more complete picture.

In women, an FSH test might be used to:

In men, an FSH test can be used to:

Why would I need an FSH test?

You may need an FSH test if:

What are normal FSH levels?

Gang, let’s be clear. Typical FSH levels not only change throughout your cycle and your lifetime, they’re also different for everyone. What’s high for you might be a fantastic day for the person standing next to you. Don’t let anyone tell you any different.

That said, there are average and preferred FSH ranges, set by the medical profession. They often bear no resemblance to reality, but they are what your doctor will be looking at if you’re ever in the testing position. So generally, and we mean really, really, generally, here’s how it breaks down:

Follicular phase: 1.4 to 9.9miu/ml — growing your eggs
Ovulation: up to or above 17.2miu/ml — before dropping post-ovulation
Pregnancy: 0.1miu/ml — to prevent further Ovulation
Menopause: 30 to over 100 miu/ml — because you’ve stopped Ovulating

If those numbers look meaningless to you, you’re not alone. But the highs and lows are clear, particularly once you’re in Menopause. Spoiler: There’s a chance they never go down Postmenopause. Fun, right?

What are the symptoms of high FSH levels?

As the crazy FSH numbers above show, high FSH levels generally point to Menopause. Whether that’s pre or post is purely down to how long it’s been since you’ve had a period. That said, those high levels can also contribute to severe physical havoc, including:

Yes, Menopause is tons of fun.

What else affects FSH levels?

Believe it or not, hormones aren’t the only things that can affect how your FSH behaves. Certain medications can also impact your levels, so please make sure you check any meds you’re taking if you’re concerned.

Some examples of medications that could increase FSH levels include:

Similarly, some examples of medications that could decrease FSH levels include:

Now, this is by no means an exhaustive list. So if you’re taking any medication, including those mentioned, and you’re concerned about your FSH levels, make sure you mention it to your healthcare team.

Can an FSH test diagnose Menopause?

That’s tricky. Some physicians will test FSH as an indicator, but in all honesty, it’s not generally used for diagnosis. Age, lack of periods, and a laundry list of symptoms are usually all that’s necessary. If, though, you’re not yet 45, and present with Menopause symptoms, a test may be necessary.

Early onset Menopause is rare, but it does happen. And at that point, an FSH test can be a crucial piece of the puzzle.

Are there any risks associated with FSH testing?

In a word, no. As with all blood tests, it’s essentially risk-free, in and of itself. That said, blood tests aren’t the best way to check FSH levels. As we’ve discussed, your FSH changes not just week to week and day to day, but literally hour by hour during some phases.

So, depending on how fast you get the results, chances are they’re already out of date. Any blood test for FSH is but a snapshot of a moment in time, and without regular testing, may well be meaningless. Which is why we are developing our own non-invasive urine tests. With Hormona you’ll be able to easily check your FSH levels from the comfort of your home in less than 15 min. Fab right?

Role of FSH in Menstrual Cycle: What now?

If you’re concerned that FSH might be playing a role in you not feeling great, there are a couple of things you can do. First, tracking your symptoms is crucial. The Hormona app was designed for this exact thing, and can help you track your hormones and cycle and see patterns and symptom clusters, as well as give you predictions for your cycle. And while that’s a shameless plug, it segues nicely into our next point…

Which is: Tell someone. Having all that lovely data can help shorten the diagnosis process, but you actually have to let a healthcare type know what’s going on as well. It’s tricky to pin down FSH’s exact role in Menstrual cycles, and the sooner you get started, the sooner, hopefully, you’ll start to feel better.