PMDD and Menopause: What can you expect? 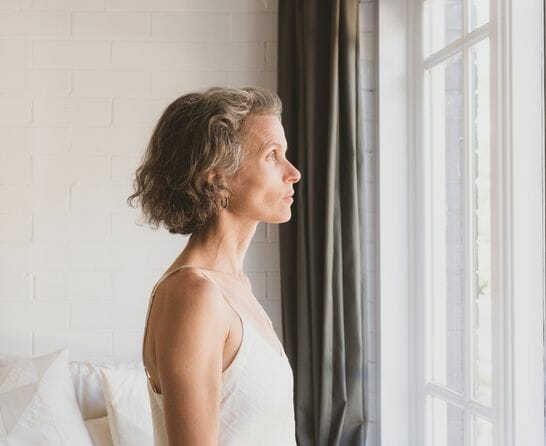 PMDD and Menopause: What can you expect?

If there’s one thing we know about PMDD and Menopause, it’s that neither one of them is a walk in the park. Hot flushes from the depths of hell itself? Got ‘em. Too familiar with the cracks in your bedroom ceiling? Yup, insomnia’s a bish. And then you become a magician – making your phone disappear without even realizing it! Brain fog? Check! There’s tons of talk about the two conditions separately, but what about when you’ve got both?

PMDD and Menopause: It’s not fun

All joking aside, gang, the impact of severe PMS or PMDD and Menopause on women and those Assigned Female At Birth, or AFAB, can be dire. For a lot of us, it’s not something we can power through with ibuprofen, mindful breathing, and some time alone… Although that can help!

Yes, severe PMS/PMDD and Menopause share a lot of symptoms, but it’s way more complicated than that. So if you’re living with these hormonal rollercoasters, here’s everything we know about PMDD and Menopause.

First, a little recap: What is PMDD?

Three out of every four women will experience PMS for up to two weeks before their period, and their symptoms will vary from month to month. For around 5% of women, though, those symptoms will become so severe that their quality of life is impacted. In fact, they may find it hard to keep up with day-to-day life for a considerable chunk of their cycle. That said, lots of women go undiagnosed, so you can take that number with a pinch of salt!

Some of the diagnostic criteria for PMDD include:

Now, this is from the DSM — Diagnostic and Statistical Manual — and that’s the official textbook for all mental health conditions. Yup, PMDD is mainly considered a mental health issue. Do we agree? We think you can guess the answer… Because most accept the cause of PMDD isn’t purely psychological.

PMDD appears to be linked to increased sensitivity to hormone changes during the Luteal phase, particularly surging Progesterone. But FYI, it’s not a hormonal imbalance. It’s actually an extreme reaction to the natural hormone fluctuations during this part of your cycle.

Of course, with PMDD being a condition that’s linked to having periods, the medical community knows very little about it, the causes, or why it happens at all. So here’s what we know about PMS, PMDD, and Menopause, for your reading pleasure.

Gang, as you may or may not know Menopause isn’t just a loss of fertility. It is that, obvs, but so many other things come with it. As your ovaries begin to wind down, you produce fewer eggs and less Estrogen. And that drop in Estrogen kicks off a chain reaction of symptoms that reach far and wide. From brain fog to brittle bones, joint pain to muscle weakness, mood swings to hot flushes, it’s all happening. And then, after about a decade, it stops. Mostly.

PMDD and Menopause: What’s going on?

The symptoms of PMS, PMDD, and Perimenopause can look quite similar. If you’re just beginning your Menopause journey, you might get a whole range of symptoms that are almost identical to PMS while your ovaries are winding down.

But where regular old PMS generally disappears once your period starts, if you’re Perimenopausal, that might not be the case. During this stage of Menopause, symptoms do not behave the way they used to, and you might find you have PMS-like annoyances all month. Fun, right?

Just as with PMS, if you’re living with PMDD you might not even notice when you transition into the early stages of Menopause. However, the severity of symptoms means you’ll probably be aware of the change in when your symptoms are occurring. Also, if you live with bad PMS or PMDD, your symptoms are likely to get worse during Perimenopause. We feel you.

Given that PMDD is linked to a sensitivity to increased Progesterone, there’s a sort of logic to what happens during Menopause. As your ovaries begin to wind down, declining Estrogen levels make a regular Progesterone level look enormous. So it makes sense that PMDD symptoms increase around this time.

PMDD and Menopause: Treatments do exist!

Given the hormone-related nature of both PMDD and Menopause, there’s a lot of overlap in the available therapies. If you’re already receiving treatment for PMDD, you might not even notice your transition to Perimenopause. Similarly, if you’re suddenly experiencing bad PMS during Perimenopause, the kind of treatments on offer may also help with other symptoms like vaginal dryness and low libido.

Menopause… As a treatment?

Oh yes. You heard that right. On rare occasions, inducing Menopause, either through a reversible chemical process or an irreversible surgical procedure, can be a treatment for PMDD. Of course, this also means you’re no longer fertile, so it’s generally the last resort for many living with PMDD.

Now, given the nature of that surgery, there’s a good chance a lot of physicians would be reluctant to pursue that form of treatment. Why? Well, there’d probably be a concern that the PMDD is actually just bad PMS… It isn’t. But really, they’re mostly concerned that you’ll change your mind later on and sue.

The chemical process, though, is temporary. And as it’s far less invasive and with fewer side effects and possible lawsuits, this is the PMDD solution you’re more likely to be offered.

So what’s the cure?

You won’t be surprised to learn that, currently, there is no cure for PMDD. And while treatments can be very effective, they really only take care of the symptoms. Because no one has any idea what the cause is.

And while we know exactly what causes Menopause, there’s no cure for that either. Mostly because it should, all things being equal, take care of itself… Eventually. And in the meantime, treatments focus on symptom relief and playing the waiting game.

But when the two collide, and things get much worse, medical intervention may be the only thing that will help. Whether that’s hormone birth control, diet and lifestyle changes, or surgery, that’s entirely your choice. But, one day, it’ll be a choice no one will ever have to make again. How do we know? Because we’re going to make it so. Join us!