However well-meaning, as many women now shun stereotypical femininity in all its forms in the name of female power, they actually perpetuate the belief that femininity is inferior to masculinity. Of course, some women simply don’t subscribe to this “feminine” ideal. But those of us who suppress our feminine side are only fuelling the dominant masculine worldview that masculinity is necessary for success. Femininity shaming has to stop.

What is Femininity? Nature Vs. Nurture

Modern culture is at a crossroads.  Although femininity certainly retains some of its desire – with full lips, curves in all the right places, and waist-length hair extensions dominating our Instagram feeds, there’s another part of us that feels guilty for being “such a girl.” This part of us feels compelled to mock those same elegant, contoured goddesses we secretly wish we looked like.

Indeed, if you want to be considered “woke,” you better ditch those fake eyelashes – heck, you better ditch your bra too while you’re at it – and one word about your juice cleanse, your Zumba class, or your guilty pleasure for romantic comedies, and you’re basically making a mockery of women’s emancipation.

That’s because on the reverse side of this Kardashianesque reality is the counterculture that rejects all these stereotypically feminine interests.

Admittedly, most old ideas of what it means to be “feminine” are both restrictive and harmful when applied to real human females who want to live their lives to the full. From little girls missing out on sports or tree-climbing, to adult women skipping meals, and forcing themselves into uncomfortable stilettos and tight clothing. We often get the raw end of the deal all in the name of this hard-to-pin-down concept of “femininity.”

I would argue, though, that these archaic ideas about how a “young lady” should behave do not actually reflect what femininity truly is. Just as no item of clothing or hairstyle is intrinsic to this yin and yang of human nature, these ideologies are also nothing more than leftovers of centuries of male-dominated society dictating to women who they are (the original mansplaining?).

Admittedly, the modern western concept of femininity is often laced with materialism and pop culture, but at its core it is biological. On a basic (pardon the pun) level, this running thread through the many eras of fashion and spanning the world’s countless cultures, the woman’s aim to be feminine – whatever that might mean in the context – is a common goal.

Of course, some women naturally possess more stereotypically “masculine” personality traits and thrive as a result.  But the fact is, that many women out there do have a typically “feminine” disposition  – but they feel that it needs to be covered up.  Whether we’re deemed “over-emotional,” “over-sensitive,”  or simply thrive in an aesthetically appealing environment – often seen as “frivolous” in this male-dominated world, we believe we better “man up” if we want to be taken seriously.

Look up “feminine personality traits,” and you will see terms along the lines of “caring,” “sensitive,” “nurturing,” “artistic,” and “imaginative” –  words which may be endearing, but which we don’t exactly associate these virtues with power. But trust me on this one – femininity can be powerful – and it has nothing to do with fashion or beauty… (or saying no to some good old-fashioned tree-climbing).

As women, we are more likely to be in touch with our emotions, as well as those of others (they call it female intuition for a reason). We are generally better with words and self-expression – both orally and in written form. And we are wired to be more empathetic, caring, and observant (thanks, evolution) meaning we are quicker to notice when someone else is in need of our help, but also more aware of threats in our own periphery.

The list doesn’t stop there. But why don’t we quit trying to copy our hyper-logical and emotionally oblivious male counterparts to emulate their strengths, and acknowledge and cultivate these female superpowers instead?!

Femininity vs. Masculinity in the Workplace

In the workplace, men have had a huge headstart. We still often associate a successful boss, manager, or CEO with a domineering male – ruthlessly barking orders and absolutely never showing any trace of vulnerability. But it’s not the 1950s anymore. An increasing number of women are stepping into these high-level roles and positions of power. But what are we witnessing? Many of them are simply assimilating into this tried-and-tested mold.

Women are statistically more likely to be artistic as opposed to numerical, to be more in touch with their emotions and those of others, and less directly confrontational, preferring to assert order through empathetic communication. Of course – not all ladies are like this, but these stereotypically feminine traits, which most women can identify with at least somewhat, are unfortunately not linked to success in most professional fields.

Think about it – to be a good boss, you are expected to appear strong, stoic, to think fast and go with your gut. When most women report being on the more sensitive, empathetic, and over-thinking side, not only does this force many of us to put on a facade to get ahead, but it presents a real barrier to many very qualified women whose demeanor suggests – at least in the context of current society – that she is less competent than she really is. But the world could really use some more compassion and deep thinking.

Of course,  gender is not limited to the binary it used to be seen as, and it is finally becoming acceptable for men to showcase stereotypically female traits, and vice versa. We are also more comfortable with the fact that gender is more of a spectrum, with any individual being able to identify with any given ratio of masculinity and femininity.

Expecting men to never show emotion or vulnerability, or women never to show passion or grit, are both equally harmful. We are now finally starting to learn, as a society, that we should all reflect a beautiful collection of emotions and personality quirks no matter what our gender may be.

Our gender may make us slightly more likely to have certain traits – whether a result of nature or nurture – but gone are the days where we assume the interests, capacities or occupations of humans based on their sex chromosomes.

Femininity: it can be your superpower

As a woman, you may appreciate being called feminine when it comes to your appearance or capacity as a girlfriend, wife, or mother – but being regarded as feminine in a professional context is most likely laced with negativity. In a professional context, we still regard these “feminine” traits as flaws to be suppressed or corrected – whatever your gender.

Up until now, many of us feel we need to hide this sensitive side in order to be taken seriously. But this mindset is perpetuating the absence of femininity in spaces where women have long been deemed unwelcome.

But it’s 2020. We’re filling up the universities, the boardrooms, and the parliaments – and we are here to stay – no matter how “feminine” we may or may not be. In fact, I would argue that both men and women need to embrace the artistic, emotional, reflective – and if you like, feminine – side of themselves, and regard it as a strength – both in a social and a professional setting.

Have you ever felt you had to suppress your femininity to be taken seriously or to be considered a good feminist? Share your story below! 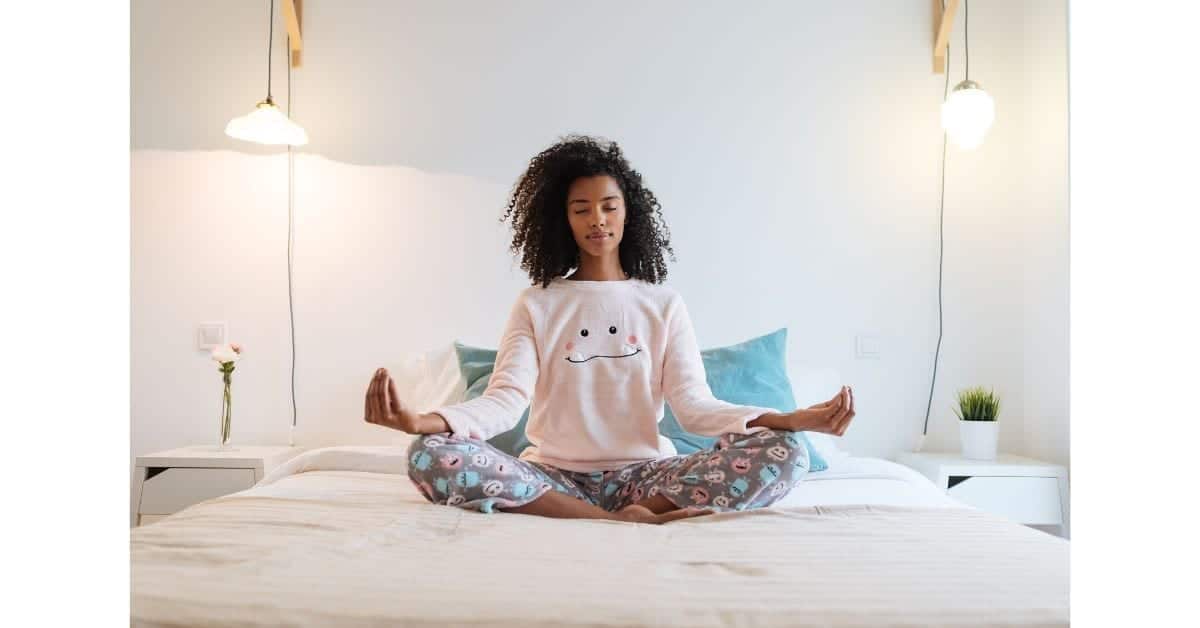 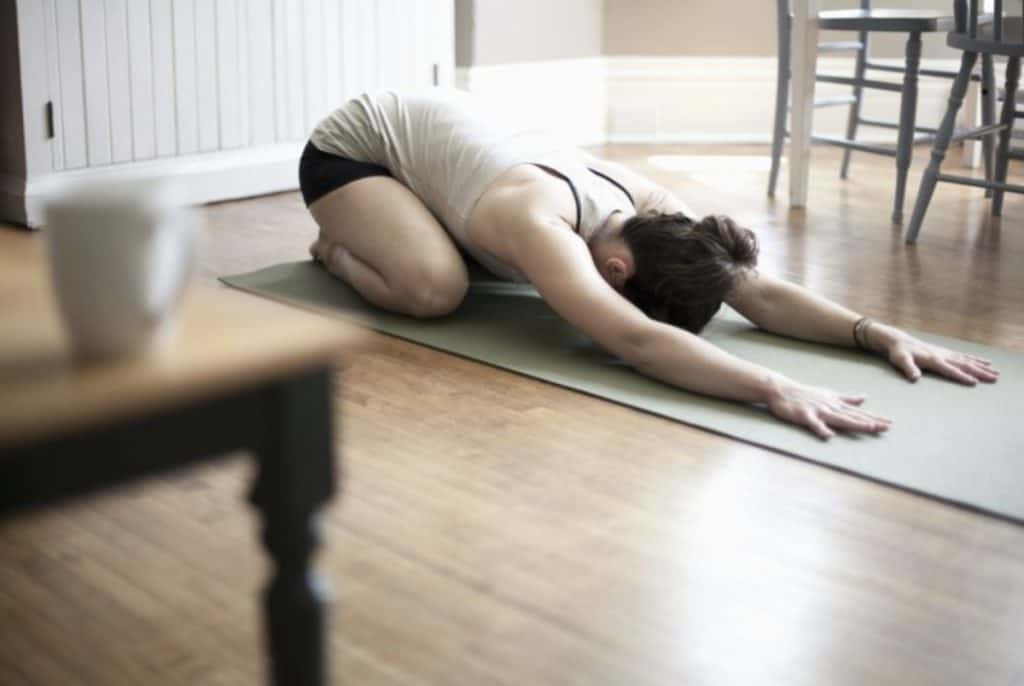 Everything You Need To Know About Painful Periods