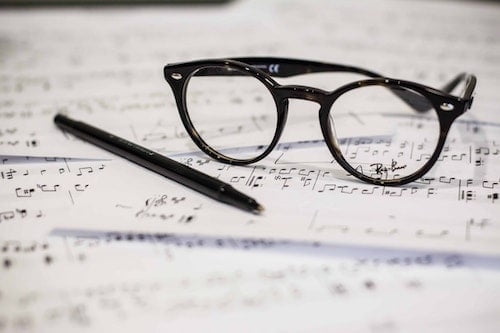 2019 has really been Lizzo’s year. After featuring on the soundtrack for the Netflix movie ‘Someone Great’ and then gifting the world with her now renowned performance at the BET Awards in June earlier this year (which saw her perform on top of a giant wedding cake and featured a live flute solo) Lizzo was catapulted to international stardom.

Her music defies genre, although she has classed it simply as ‘Church with a twerk’. But arguably the best thing about Lizzo is how she is unapologetically herself. Her brand of badass self-love has inspired almost everyone with an internet connection to shine, including me.

Here are just some of the lessons I’ve learnt from Lizzo, may she continue to teach us all for years to come!

As I write this, ‘Truth Hurts’ is still holding on to the no 1 spot on Billboard’s Top 100 chart for its third week in a row. This certified banger of a tune was actually released two years ago in September 2017, but the world wasn’t quite ready and the song didn’t place in the charts until the spring of 2019. Lizzo has described how difficult it was at times to continue to believe in herself and keep making music, especially when it felt like she ‘was throwing music into the world and not even making a splash.’ (Elle, Sept 2019) It just goes to show that if you believe in your art you should never give up!

If there is one word that has become synonymous with Lizzo it has to be ‘self-love’. Her latest album is filled to the brim with messages of female empowerment and courage, whether it’s a feminist anthem such as ‘Like A Girl’ or the self-love, smash hit ‘Juice’. But Lizzo has been quick to speak up on this subject and remind us that whilst her glossy music videos may make self-lovery look easy, it isn’t something you can achieve overnight. Responding to a fan on Twitter she confessed that:

‘self-hate is years of internalized programming from external influences… sometimes self-hate is chemical & effects ya mentally/emotionally.. give your growth time— it took me 10 years and I’m still not 100% there’.

Thank you Lizzo for being so open about your journey!

Many of Lizzo’s songs were written about her real life experiences with men and breakups. It’s easy to find yourself lacking self-confidence and feeling unworthy after a toxic relationship ends, but Lizzo is here to fix that!

Her no. 1 hit, ‘Truth Hurts’ not only starts with one of the catchiest openers of all time, but it is a steely reminder to those who need it that a relationship should raise you up not pull you down:

You’re ‘posed to hold me down, but you’re holding me back

And that’s the sound of me not calling you back!

Define your own success

Lizzo’s advice to aspiring women everywhere is to not try and be the next Lizzo:

‘You need to be the next and best you, the best you you can be…Don’t follow in my footsteps, create your own footsteps, be that superstar that you wanna see!’

This advice isn’t new, but it’s wisdom we often forget. Over 100 years ago Theodore Roosevelt said that ‘Comparison is the thief of joy’ – thank god Lizzo has arrived to remind us of this in 2019!

What’s your go to Lizzo song that reminds you to shine brightly and be a Selfish Darling?