How Using the CalmApp Has Helped Me Sleep 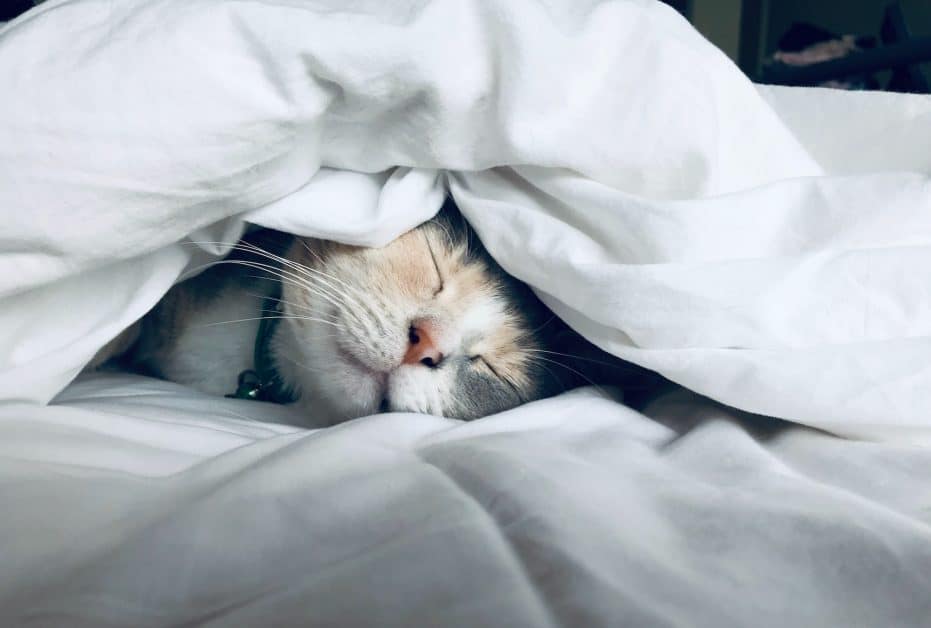 How Using the CalmApp Has Helped Me Sleep

Why I love the CalmApp!

Raise your hand if you find getting to sleep one of the most tedious and frustrating endeavours of life? About half of you are probably nodding your heads furiously and waving your arms, screaming “I’m so tired!”

I’m with you. Sleep, or even relaxing enough to get to sleep at a decent time, has always eluded me even after trying all those ‘sure fire’ ways to drift off.

Why all these sleepless nights?

We night owls make up half of the UK’s population and we tend to fall asleep well into the night, or even as the next day ticks its way in; about a third of the UK don’t get to bed until 11pm-12am and around 18% go to bed even later than that. There’s not too much of an issue if a guaranteed lie in awaits us in the morning, but when commitments like studies, work, and children are present in our lives, good sleep is a must have!

But, in a cruel twist of reality many of us don’t get the sleep we need because we worry about events of the day, get frustrated about being unable to sleep, then worry that we won’t get enough sleep. Unfortunately, this keeps the brain active and less able to produce enough melatonin to lull us into slumber.

When worry and anxiety are a big part of our not-so-relaxing pre-bedtime routines, the sleepless nights start to wrack up, making us more likely to develop depression or similar mental health issues.

On the other end of the scales (this is where I stand) there are those of us who already suffer from depression and therefore cannot get quality sleep due to worries and anxieties. Either way, it makes for some pretty difficult snoozing.

Usual tips on going to sleep (before the CalmApp)

More than likely, when you talk to anyone about your struggles with sleep, they’ll undoubtably tell you hundreds of different ways to help yourself, common suggestions being:

Why these tips didn’t work

After a while the more advice you get the more frustrated you feel about the entire subject of sleep. Not to mention it all seems to have an air of “in a perfect world” about it, whereas in reality it’s a lot harder to stick to the above guidelines; children wake up in the night, paperwork mountains need to be finished by the end of the week, assignment deadlines loom overhead!

These are the things we prioritise over sleep, there’s no helping it sometimes. When it feels like there is no window of time to relax in, it’s easier just to give in to the sleep that catches us at 3-4am or give up on sleeping altogether.

For me, I’ve struggled to get to sleep since the age of thirteen and would often find myself staring into the darkness or watching YouTube videos in secret while my foster carer thought I was asleep. Bar a few rare occasions, I never managed to get to get to sleep before 1am and even when I did, the quality was so poor that it felt as if I hadn’t rested at all.

Can Meditation and Mindfulness Help You Sleep?

When I first heard about how meditation and mindfulness can aid sleep, I thought it was just a fad; I was about as sceptical as people are about clairvoyance. However, a trip to the app store helped me discover CalmApp an app on a mission to make the world a “happier and healthier” place.

With 700,000 five-star reviews and being awarded the number one app for sleep, meditation and relaxation, how could I not give it a go? I began using the free version of Calm just to see what all the fuss was about, expecting it not to make an ounce of difference.

My Instant result using the CalmApp

The very first time I tired out the guided meditations for sleep, I felt surprisingly relaxed in my bed – an alien feeling for me unless I have someone to cuddle with – and moved on to try out a “sleep story”. Blue Gold, read by Stephen Fry, softly lulled me to sleep that night at around 11:30pm. 11:30pm! Incredible!

The next morning, I felt somewhat rested and refreshed (of course one night of decent sleep isn’t going to make up for ten years of awful snooze sessions) and I was stunned by how effective the app had been.

Why the CalmApp now has a sacred place in my life

Fast forward to a year later and I now have the paid version of the app, complete with frequent new releases of stories and meditations. Although I still have some nights where I don’t fall asleep until the early hours of the morning, thanks to the sleep stories and the relaxing voices that read them (i.e. Stephen Fry, Jerome Flynn, and Anna Acton) I now get a better quality of sleep – no waking up in the middle of my sleep cycle or being paralysed by tiredness and unable to leave my bed in the morning.

Of course, I can only do so much to convince you that this app works, and it may still not be the thing that works for you, but what’s the harm in giving it a go? Even if you just dip your toe in with the free version, it might be the last sleep technique you’ll have to try!