How To Have An LGBTQ+ Valentines Day 2020 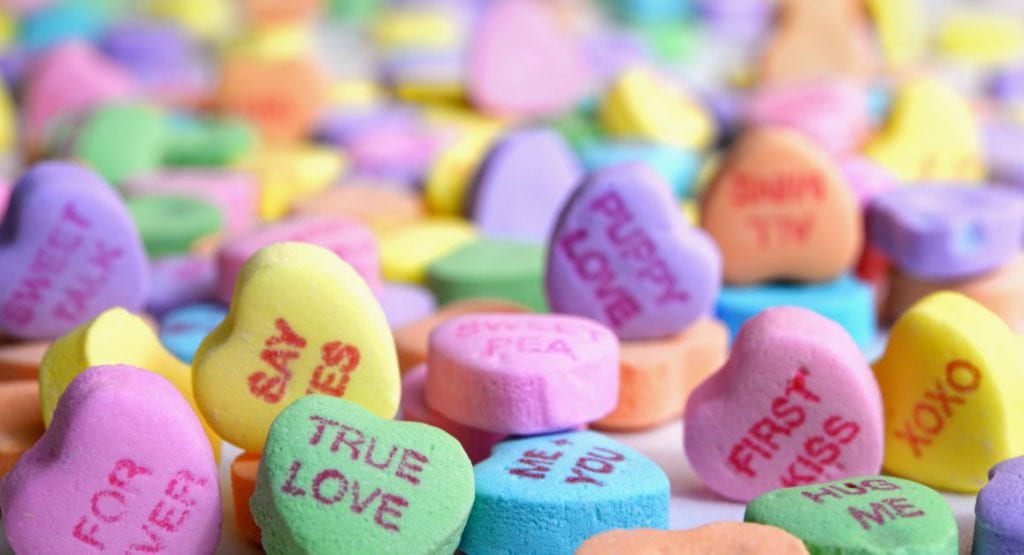 How To Have An LGBTQ+ Valentines Day 2020

Be it the commercialised cards, the soppy films with oh-so-dramatic kiss scenes in the rain and the man-looks-longingly-at-woman-over-dinner advertisements. There is no denying that Valentines Day remains a completely heteronormative, cisgendered, capitalist holiday which idealises a very particularly type of relationship as the romantic and domestic ideal. That is straight, cis, white people.

People who identify on the LGBTQ+ spectrum have historically been, and continue to be, left out of Valentines Day by both companies and individuals themselves. As the world around us becomes more progressive, inclusive and open, the normative perceptions that still surround Valentines Day highlights the many attitudes of ingrained prejudice that persist in society. The way in which first consideration continues to go the perceived ideal of a heterosexual, cisgendered couple speaks volumes about the way in which LGBTQ+ people are still viewed.

Here, I want to list out some simple ideas that will help you avoid the heteronormativity and have a great LGBTQ+ friendly Valentines Day.

Have A Custom Card Made

In the larger card shops such as Card Factory, Clintons and Cards Direct you will now find a small section (emphasis: small) of cards indicated by a little rainbow flag and the acronym ‘LGBT’. It will have exactly three styles of card, each of which will contain some sort of rainbow and will have boyfriend and girlfriend versions. 0 points for individual creativity here. Whilst across the rest of the shop there will literally be a whole section dedicated to the none-LGBTQ+ population with varying designs, styles and genres of card. Now, it would certainly seem easier and more logical just to buy one of these cards from this larger section for your partner, regardless of their gender or sexuality. However, the point is, that by marketing such a small LGBTQ+ section it inherently suggests that the rest of the larger, more varied section of cards is for non-LGBTQ+ people. Therefore, reinforcing the idea that non-LGBTQ+ are more prevalent and more important. This is problematic at its core.

Instead, I suggest that LGBTQ+ ditch commercialised high street card shops altogether. Instead, look online for artists who will make you customised cards for a very reasonable price. These cards will be much more personal and based on the relationship that you have with your partner rather than simple, mass produced cards any one could buy for 49p.

Personally, I have always used the artist zdaap for my personal cards. Zoe Davey is a Northampton based artist who produces work in watercolour and digital and always strives to recreate the images you have in your head, no matter how specific and complex they are! But she is just one of the many artists available online for commissions who would produce a Valentines Day card certainly more romantic and touchingly personal than any high street shop.

Romance films have always been extremely heteronormative. Titanic. The Notebook. Notting Hill. Bridget Jones’s Diary. This is just to name a few. As well as this, new romance films always seem to drop around Valentines Day to capitalise on the lovey-dovey feelings in the air. Is it any coincidence that To All The Boys I’ve Loved Before: P.S I Still Love You drops on Netflix on February 12th?

So, here is a way to avoid all of the normativity: just watch LGBTQ+ films around Valentines – it is also an excuse to get snuggly on the sofa. Nowadays, there is a good eough selection of LGBTQ+ out there to fill two hours. However, they are often not prominent enough, or happy enough (spoiler: most lesbians die) to rival heterosexual-centred films but change is coming. Love Simon (2018) saw that as the first film by a major Hollywood studio to focus on a gay teenage romance.

Visiting spaces that are explicitly LGBTQ+ friendly is desperately important for LGBTQ+ couples as it allows you to be around people who will love and accept you without even knowing you. In many parts of the country, especially London and Brighton, you can find a wealth of bars, clubs and hotel marketed solely for LGBTQ+ people. However, if you are looking for something quitter then you can find queer friendly museums, art gallery’s and a variety of other spaces all with a Google search.

Visiting these spaces will allow you to spend time around people who are accepting of you, and are like you, without doubt, this provides you with an extremely positive feeling of self-worth. I will never forget the time I was on the other side of the coin, working as a waitress on Valentines Day and my male colleague near-enough refused to take a rose (as was our job that day) over to a table of two men. The possibility? They were gay. Therefore, he was gay. Dun, dun, dun, cue cracks of lighting and grey, ominous lighting. Being in LGBTQ+ friendly spaces takes away these risks, meaning you will have a pleasant and loving night regardless oh who you are or who you love.

Do you guys have any other tips on how to have an LGBTQ+ friendly Valentine’s Day this year? Dro9p us a comment as there’s still a few weeks to go 🙂