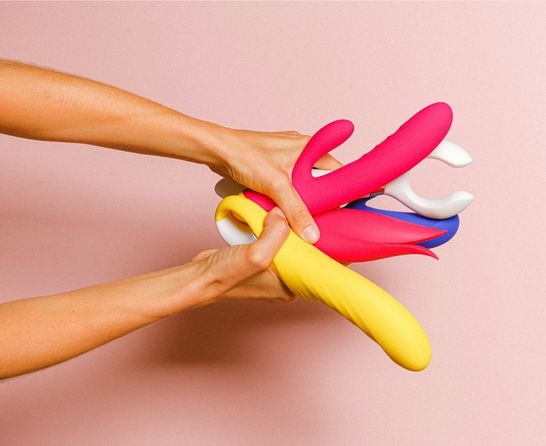 You’re probably already aware of the four different phases that make up your menstrual cycle. Each phase comes with its highs and lows, sometimes many, many lows, and can affect your libido differently.

And never forget that while you may have heard that an “average” cycle is 28 days long, that’s not entirely true. In fact, some cycles are 21 days, while others are 39-45 days, and every number in between. What’s normal for you is what’s normal. Of course, longer or shorter cycles also mean that the component phases will also be longer, or shorter.

So, if your cycle is 45 days, then chances are you won’t Ovulate around day 14; it’s more likely to be day 20 or more. And the best way to find out the length of your cycle is tracking. Yes, it’s time for a shameless plug, because the Hormona app was built for this exact thing. You can keep a record of periods, hormone fluctuations, symptoms, PMS, sleep quality, and anything else that’s having an effect on your life.

It’ll also help you date and predict the phases of your cycle. Which leads us nicely to the four Menstrual cycle stages:

Estrogen and Progesterone levels fluctuate throughout your cycle, meaning you bounce between feeling absolutely furious and in the mood for some romance. Hormones are fun, aren’t they? So here’s how they manage your libido during each phase:

There’s no right or wrong way to feel during your period, so basically, you do you.

Your Progesterone levels stay pretty low during this phase, and as you get closer to Ovulation, things only get more interesting…

Ovulation occurs roughly two weeks before your period starts. An egg will leave your ovary, travel down the fallopian tube, and wait there for some passing sperm. If fertilization doesn’t take place, then the egg breaks down, alongside the lining of the uterus in the form of a period.

While Ovulation only lasts for 24 hours, you’re actually fertile for at least five days in the month. Why? Well, it’s because sperm can live for up to a week in your cervix, swimming around and waiting for the call from your egg!

What are some signs that I might be ovulating?

Now, without wishing to put too fine a point on it, Ovulation can be tricky to pin down. The complex hormonal transactions involved are super-sensitive and easily unbalanced. Also, no one can really say for sure until it’s already happened. The vagaries of internal processes, no? However, there are some physical and emotional signs that you’re either in it or very close to it:

Ovulation can be tracked by using Ovulation predictor tests and cycle-tracking apps, but ideally, you’d need to be taking the temperature of your cervix every morning for better accuracy.

In short, hormones. Yes, our hormones seem to be interfering yet again. But this time, at least they’re doing some good in the bedroom!

And here’s how: Estrogen levels begin to peak during Ovulation, while Testosterone levels also surge. Funnily enough, Estrogen and Testosterone are the hormones most commonly linked with sexual desire.

The surge in these hormones encourages your body to crave sex in an effort to get your egg fertilized. As the egg is only viable for a maximum of 24 hours, it makes sense that your body is doing everything it can to maximize your chance of conception. So, increased libido is pretty much par for the course at some point during the phase.

But it also means that your increased desire for sex increases can last for up to a week. Which is all fab, except this phase is also known as your Fertile Window, so make sure you’re using birth control if you’re not planning on starting a family just yet.

Once Ovulation is over, one of two things happens. Either your egg was fertilized and a pregnancy begins, or it wasn’t and your body prepares to shed both the egg and the lining of your uterus in the form of a period. And it’s the period part that the Luteal phase is concerned with.

Having done its job, Estrogen drops during this phase, while Progesterone starts to climb, prepping your uterus for the sloughing that’s to come. And, you guessed it, as this stage leads to your period, it’s also responsible for the PMS you love so much.

Remember that while hormone fluctuations during your cycle play an important role in how sexually active you are, they don’t work alone. Stress can be a huge factor in how sexy you’re feeling, as can exhaustion, frustration, and anxiety.

And let’s not forget hormone imbalances, PCOS, PMDD, Thyroid issues… As it’s run by your hormones, your libido is just as susceptible to small changes as the rest of your body. Which means there will be times when you’re super-horny, and times when you’d just rather knit. And both are totally fine.

But if there’s a big change, either to your cycle, or your moods and libido, please consider talking to someone. Likewise, if your cycle is 50 days or more, and you’re not pregnant or of Menopause age. Your period is one of your vital signs, and your libido is often tied to it. So if something changes, don’t ignore it.