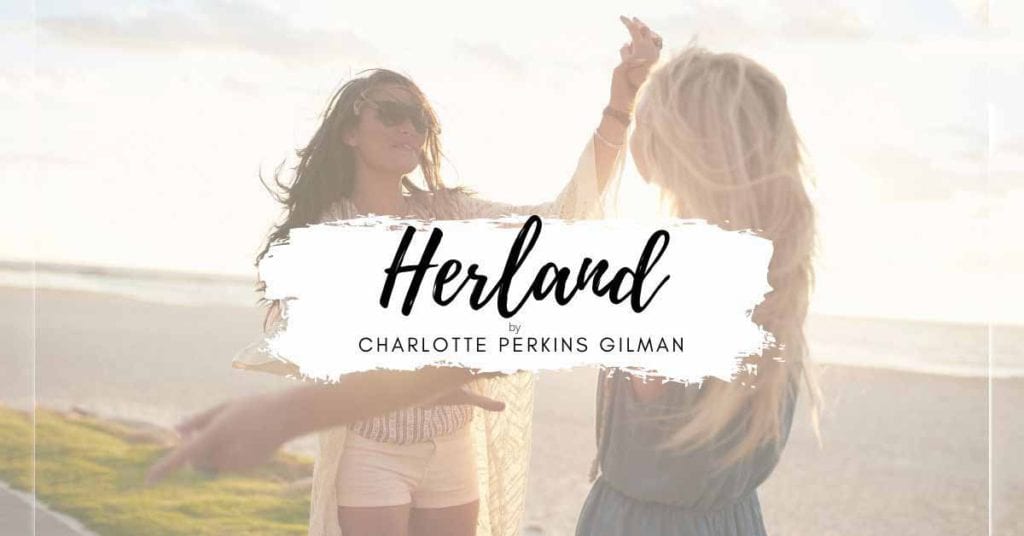 Herland: About the Author

Herland is a work of fiction written by the early feminist, American author, Charlotte Perkins Gilman.

Charlotte was active in her writing career during the late 19th and early 20th centuries. During this time she published many works on the lives of women. The most famous example of this is ‘The Yellow Wallpaper’. This resulted in her being credited as one of the first influential feminist authors.

In the early 20th century she began her own magazine entitled ‘The Forerunner’ which she wrote, edited and published herself.  It was in this that she published many of her works including her book, Herland.

She faced many challenges in her life, which ultimately took their toll on her mental health and unfortunately she took her own life.

Herland follows the story of three men who go in search of an elusive society in South America. Through some adventures they are able to find it and are surprised to discover that it is an entirely female populated utopia.

The book follows their comfortable captivity within the society known as Herland. They learn from the women they meet and the women in turn learn from them; both eager to understand the different societies they come from.

Their time in Herland highlights their varying attitudes towards women, society and their own homes. These attitudes are questioned and changed when exposed to different ideas and perspectives.

The three men have distinct personalities with the narrator being the most ‘neutral’ towards women, while his friends go to opposite ends of the spectrum.

Their relationships with the women they meet and how they treat them reflect the ideas of gender roles of the early 20th century. However Charlotte allows for character development and eventually the men begin to adopt more modern views towards women and their roles in society.

There are plot twists and developments within the book, with romantic storylines and daring escapes. However the importance of this book lies within the analysis of society and the changing perceptions of women.

Herland has been credited with being one of the most influential examples of feminist utopias. It provides modern readers with an insight into early feminist views and perceptions of society.

The book acknowledges the importance of education within society as well as the benefits of communal living and the delegation of work based on skills rather than want for money.

Herland is a must read for modern day feminists.

You can buy Herland from Waterstones here.