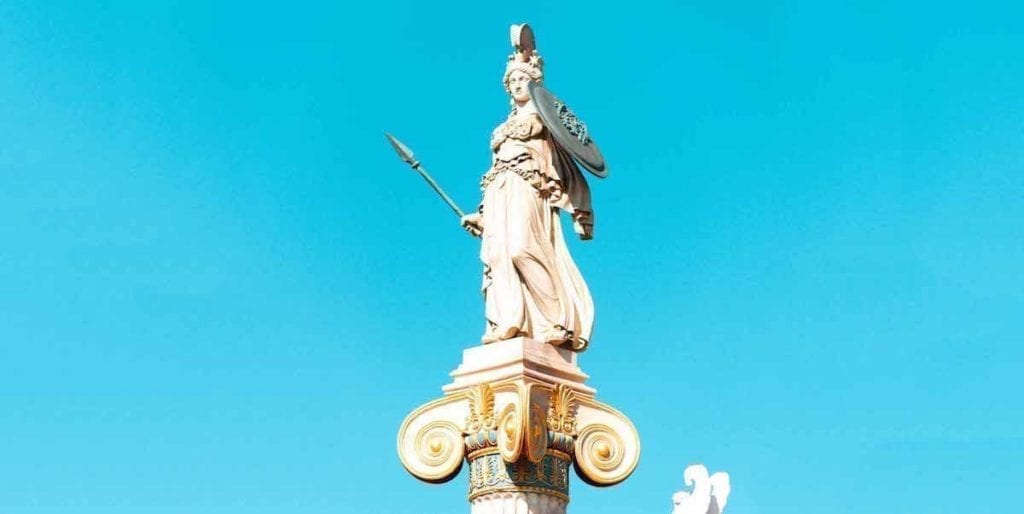 We look for inspiration everywhere. From authors, musicians, poets and politicians, women we know and women from history. We look to our fellow women for guidance and encouragement. But for centuries, the power of women held in the ethereal strength of goddesses. From homes to battlefields, there is a reason that we remember them still today.

Anthropological and archaeological research suggests that the earliest religions worshipped female deities. This idea of a ‘Mother Goddess’, has been supported by the findings of stone figurines, Venus figurines, which have been traced back to the Upper Palaeolithic. These female figurines have been found across Europe and the Middle East, dating back as far as 25,000 BC, and align with the anthropological idea that early societies were matrilineal, i.e. women at the centre of the household.

The carvings depict, typically, pregnant women and this recognition as women as the life-givers supports the belief in a “earth-based Great Mother”  of the Stone Age, “a strong belief system in divine females being connected to both nature and fertility within many communities.”

However, as societies changed, there was a growing domination in male religious figures, particularly within monotheist religions and patriarchal societies.

But around the world, these ancient goddesses had power; worshipped, respected and feared by their people. They were women of war, death, love, fertility, family, healing and the earth.

Most polytheistic religions feature a goddess who symbolises creation, birth and often the earth itself. Similar to the ‘Great Mother’ of the early humans, women’s ability to create life, particularly before reproduction was understood, gave them a distinct presence and power.

The Ancient Greeks had Gaea, who gave birth to the sky and sea, the titans from whom we get the gods, and the giants. Personified as the earth itself, this theory of creation is centred around the female figure.

Similarly, in Celtic countries, we see Anu, the Mother Earth Goddess; Ala, earth goddess to the Ibo people in Nigeria and Tiamat, a Babylonian goddess. The women create life, and alongside this, is a strong connection to family, the centre of the household and to fertility.

Early human societies, and indeed today, were dependant on their agriculture. They needed crops and harvest to survive.

Because of this link to fertility, there are many goddesses who rule over agriculture and harvest. The Greek Demeter, goddess of agriculture, harvest and fertility; the Norse Gefion who was also goddess of abundance and prosperity and in the Zulu region of Southern Africa, Mbaba Mwana Waresa, who in her dominion over earth and harvest, taught her people how to make beer.

Farming is believed to have begun to be created around 10,000 to 15,000 years ago, and as farming grew, populations rose, and societies grew more complex. In particular, it was goddesses who held the power over earth and grain.

Why are goddesses important?

Goddesses held a power closely connected to the feminine attributes of women, such as life, fertility, healing. But also of the darker attributes of women. Namely, have goddesses of death, war, plague and disease, rulers of the dead and witchcraft.

From their similarities to human women and the natural power of life, to the supreme unworldly powers over life, death and natures itself, goddesses have held prominent and varying roles across countless societies. Protectors, avengers, warriors and mothers and in the case of many, an encompassing role of all of those things.

“The symbol of Goddess gives us permission. She teaches us to embrace the holiness of every natural, ordinary, sensual dying moment. Patriarchy may try to negate body and flee earth with its constant heartbeat of death, but Goddess forces us back to embrace them, to take our human life in our arms and clasp it for the divine life it is – the nice, sanitary, harmonious moment as well as the painful, dark, splintered ones.” – Sue Monk Kidd

Goddesses around the world

Let us know of any goddesses who have inspired you!