Fear of Phone Calls and How to Deal With Social Anxiety 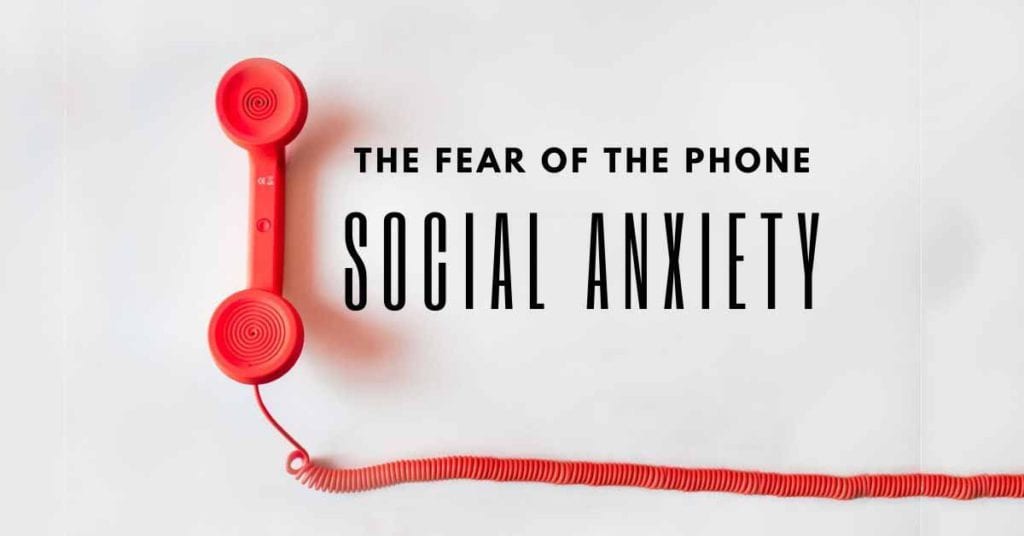 Fear of Phone Calls and How to Deal With Social Anxiety

We live in a technological age with many of us currently working from home, communicating with friends and having interviews and appointments over the phone. When you don’t feel like dressing yourself, this is fine, but for those of us who struggle with phone and social anxiety, a challenge.

I used to think that I would outgrow my fear of making phone calls. That adults one day woke up able to make their own doctors’ appointments or call their grandparents without feeling nauseous, shaky and exhausted. But we don’t. Being anxious about using the phone  has nothing to do with being an adult and is in fact a very common problem. For the most part, the fear of phone calls it is generally regarded as a form of social anxiety.

What is social anxiety?

Feelings of anxiety when in social situations; this is often general social anxiety disorder, the physiological symptoms of which can include:

And various other subjective symptoms. For me, I fidget. A lot. And often find myself reaching for lots of water, which I usually struggle to swallow.

There are also several emotional or behavioural symptoms, such as:

Social anxiety can also manifest in very specific situations; so you don’t have to already suffer from social anxiety disorder to experience the symptoms in particular instances. Such as phone calls, interacting with people in stores or doctors’ appointments.

Dealing with this is difficult enough, but often societal opinions and expectations come in and make it harder. Why should we be so scared of going to a restaurant or giving someone a call? For those of us with social anxiety, this logical argument is one with we are familiar  with.

“People with social anxiety disorder know that their anxiety is irrational and does not make rational (i.e., cognitive) sense.” (1)

But knowing this does not alleviate the symptoms. This in turn can trigger feelings of anger and irritability towards others or the self for failing to respond rationally to very everyday situations. (Fun fact: my phone rang as I worked on this and now my fingers are shaking.)

“When anticipatory anxiety, worry, indecision, depression, embarrassment, feelings of inferiority, and self-blame are involved across most life situations, a generalized form of social anxiety is at work.” (1)

Why do phone calls give us anxiety?

Commonly associated with the ‘delicate’ modern day youngsters and seen as a sad millennial trait, phone phobia, or telephobia, has actually been around for decades. Long before the introduction of smartphones, thank you very much.

In fact, in his 1929 autobiography ‘Goodbye to All That’, Robert Graves includes his fear of making phone calls amongst the other social situations that he struggled with after the war:

“My disabilities were many; I could not use a telephone, I was sick every time I travelled in a train, and if I saw more than two new people in a single day it prevented me from sleeping.”

Now granted, during the war, Graves had been rather badly injured; but the familiarity of his symptoms are recognisable to many as social anxiety.

The specific phobia that many of us feel when dealing with phone calls, both making and answering, likely stems from many of the similar fears associated with general social anxiety disorder, such as:

These fears and the symptoms can be triggered by the anticipation of making a call or the actual sudden ringing of your phone, making an everyday occurrence demanding on your mental health.

Struggling with social anxiety can trigger further issues such as anger or depression, so if you think you are suffering, take action.

Yours truly goes to therapy.

Most people struggling with social anxiety disorder, and leading experts, recognise CBT (Cognitive Behavioural Therapy), as one of the most successful to learn about and develop ways to deal with anxiety in any form.

Of course, with any mental health problems you’re suffering with, seeking help and guidance is always the most recommended route to go down.

Dealing with phone phobia in the short term (therapy is a process, Darlings), try

Reward yourself! You made a call, congrats, have a biscuit.