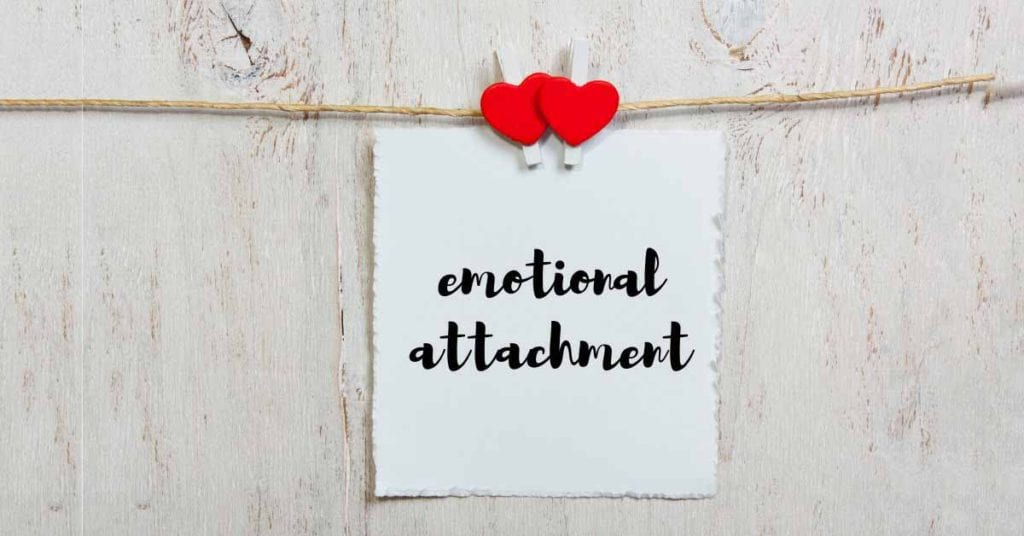 When I was a child, I used to keep shoeboxes full of things under my bed. So much so, my mum wouldn’t let me keep shoeboxes anymore. I was a military kid, moving a lot, and I liked to hold onto to all the sentimental things from my childhood, birthday cards, toys, knick-knacks. Anything that brought up memories or made me happy. I was reluctant to throw anything away, even clothes. And I’m not the only one. Lots of us form an emotional attachment to objects throughout our lives.

Why Do We Get Attached to Things?

Most children have a favourite toy. A blanket or soft animal that they take everywhere, sleep with and hate the thought of losing. I had a toy lamb, called lamby. And I lost him it was very sad. My sister had a rabbit.

These objects are sometimes referred to as ‘transitional objects’, as they held make the transition to independence. Children are less likely to form an emotional attachment to toys when their parents use ‘attachment parenting’ which often features co-sleeping. There was a study that found that children in Tokyo, where children often sleep in the same bed or bedroom as their parents, were less likely to form attachments than children in New York, where co-sleeping is more uncommon.

These objects represent a growing independence, so as we grow, they change. They are replaced by phones and cars; things that mean freedom and maturity. We begin to take pride in things like our homes and how we decorate it.

As we grow, our attachment to objects changes. Toys stop being so important, sentimental objects don’t conjure the same feelings that they used to. But some things always matter to us.

“For these treasures, and everything that he collected in his lovely house, were to be to him means of forgetfulness, modes by which he could escape, for a season, from the fear that seemed to him at times to be almost too great to be borne.” – Oscar Wilde (The Picture of Dorian Gray)

Essentialism is a psychological concept that stems from an Ancient Greek philosophy that theorizes that everything has an essence. Plato and Aristotle both agreed that every entity has a substance.

In psychology, particularly in developmental psychology, essentialism refers to the way our brains classifies and represents things. It is thought that children group things as if they do indeed have underlying essences; think of toys here, for example.

Psychologist Richard Passman did a study do see how children cope in medical procedures when their mothers weren’t there, but they had their blankets. He found that having a blanket was equally effective at soothing the child as having their mother was.

He suggests that this stems from positive association with the blanket. From feeding and rocking, the blankets “eventually come to stand for the mother, but its own positive characteristics, like softness and warmth, also enhance its desirability.” They help to reduce anxiety and overstimulation. Children develop an emotional attachment to the things that comfort and soothe them, and such strong positive associations makes it hard to part with things as we grow, even long after we stop needing the object.

When we associate objects with happy memories or feelings, it can be difficult to part with them. But this also extends to when objects have a material value too, such as phones, TV, car etc. We don’t want to get rid of them either.

But then we run the risk of never getting rid of anything.

How to let go of sentimental things

Often, time works best. As we grow up who we are and how we choose to represent ourselves changes, so we can part with things of the past. We lose our emotional attachment to objects, making them easier to get rid of. But sometimes, getting rid of keepsakes is still hard, even when the years have passed.

Channel your inner Marie Kondo and start rooting through the boxes.

As I’ve grown up, I’ve slowly let go of all the things I held onto as a child. Things that stop seeming so important or so essential. I don’t have shoeboxes under my bed anymore, but I do keep some things. Letters and photographs, toys to maybe give to my own children one day. As emotions change, the things we attach them to change as well.

Clearing away past things can be hugely cathartic and there may be things in your life that have been holding you back as you cling to a different version of yourself. A cluttered home can cause more stress than you realise.

There is more to life than objects, and the memories will stay with you even if you do not keep the thing itself.

“If everything I possessed, vanished, suddenly,
I’d be sorry.
But I value things unpossessed.
The wind, and trees, and sky and kind thoughts, much more.” –  Dorothy Hartley