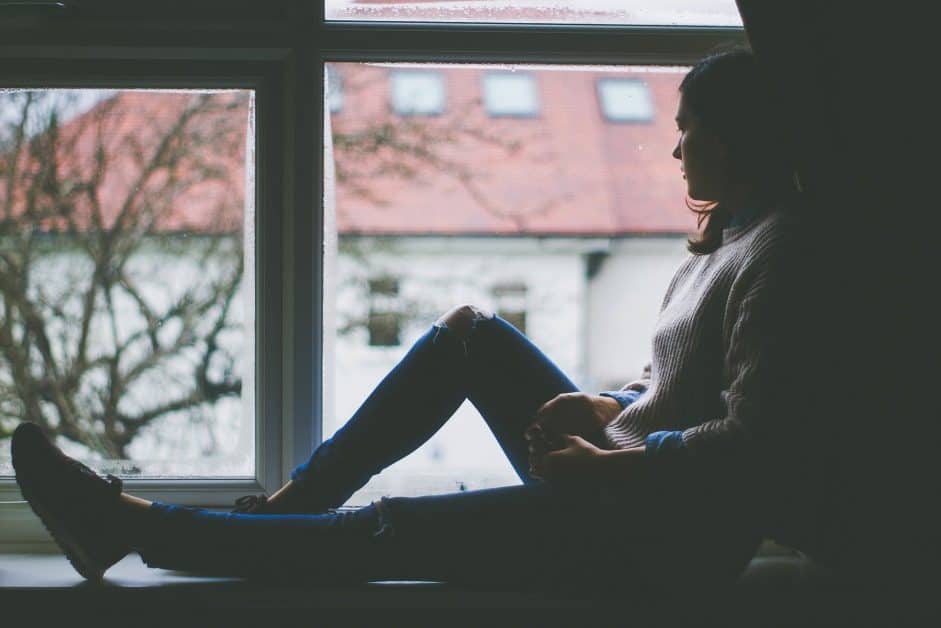 Often mocked as a buzzword or our generation, we hear a lot about anxiety these days. But far from being a joke or a “snowflake” disorder, many of us – of all ages and backgrounds –  experience anxiety at some point and in some form or other.

That being said, many of us equate anxiety to panic attacks, social paranoia, and nothing else. Although these are indeed common forms of anxiety, there are many other symptoms that you may experience without connecting the dots.

Anxiety: What Is It?

Anxiety is defined as a feeling of unease, such as worry or fear, that can be mild or severe.

Everyone has feelings of anxiety at some point in their life. That spike in cortisol and adrenaline is necessary at times, after all! But some people find it hard to control their feelings of anxiety, as they are more constant and often unprovoked or irrational. Furthermore, they can manifest themselves in unexpected ways…

Although being a chatterbox does not necessarily mean you have anxiety, if you tend to blurt the words out at high-speed – especially when under pressure – this could be an indicator.

This is because overly anxious people tend to face the lethal combination of racing thoughts (making their stream of conscious gush at a speed most couldn’t keep up with) and the desire to get out what they wanted to say as fast as possible – so that the attention is on them for as little time as possible.

You will probably also get frustrated when others around you walk, talk – or indeed function – too slowly, as something within you is always in a hurry.

Yeah, that old trope of the hermit woman or man who never leaves their house – they probably just had an anxiety disorder in the form of agoraphobia.

Does going to unfamiliar places or leaving the comfortable cocoon of our own home lead to unease over who or what you could encounter unexpectedly? You also may feel out of sorts if some spontaneous turn to your day disrupts your routine.

If this is you, you most likely are a highly-sensitive person who needs copious amounts of “me time” to recharge and reflect. This is all well and good, but if you find yourself with an alarming fear of the outside world that affects your daily life, then it may be time to seek help.

Are you a nervous nail-biter? Though this is the most cliché habit, there are many similarly repetitive and self-destructive impulses that overly-anxious folk indulge in.  There are also skin-pickers, hair-pullers, and finger-crackers to name but a few. This is essentially a subconscious form of tension release. But if left unaddressed, these habits can lead to serious physical harm or psychological distress.

If you can relate, your anxiety could be manifesting itself in the form of Obsessive-Compulsive Disorder (OCD). Far from just about being a “neat freak,” these compulsions could be in the form of the self-destructive habits mentioned above. Trichotillomania, one of reasons for hair loss, is the anxious compulsion to pull out your own hair, eyelashes or eyebrows.

Did you know that intense episodes of déjà-vu could actually be caused by anxiety?

Those unnerving sensations of unexplained familiarity are actually mild seizures. In basic terms, we receive information about our surroundings before our brains get a chance to process it. This creates the illusion that we have seen or experienced something before it actually happens.

As such, some people experience repeated episodes of déjà-vu during times of prolonged stress or anxiety, since our brains are under more strain than normal. This could be anything from the usual mildly alarming déjà-vu, to an extremely distressing experience intense enough to make you black-out or collapse.

It may feel like the space-time continuum is crashing down, but (most likely) it’s all in your head. If this is you, definitely see a doctor – as this can lead to vision problems or injury.

Anxiety: You Are Not Alone

You may have previously dismissed these symptoms as personal quirks or unexplained annoyances. However, you could manage them effectively by seeking help to calm your anxiety.

Things can get better!

See your doctor or a mental health provider before your anxiety symptoms get worse. There’s no shame in asking for help, and you are far, far from alone…