ADHD and PMS: What’s the connection? 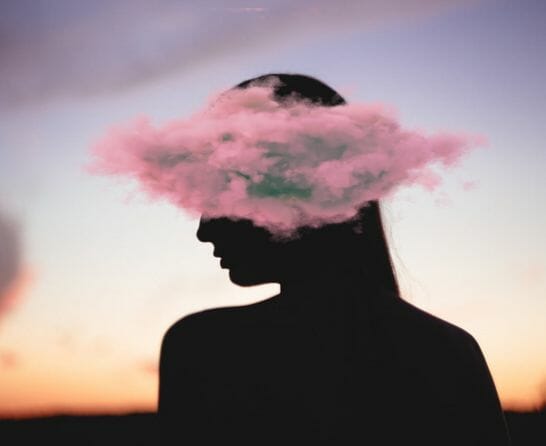 ADHD and PMS: What’s the connection?

Just guzzled your second coffee of the day? Can’t shake that fuzzy feeling? Yep, you know it gang, most of us are familiar with PMS brain fog, AKA a hangover without the fun. Normal as they are, those vague “What was I doing?’ moments are frustrating for all of us. But for those with ADHD, PMS can bulldoze your life and cause premenstrual pandemonium. Welcome to the fun cocktail of ADHD and PMS. And yes. It’s as interesting a combination as it sounds…

‘Look squirrel!’ How about no?

Here at Hormona, we’re always banging on about closing the data gap in women’s health. It’s one of the reasons we exist. And this doesn’t stop at Hormone issues. Because there’s also a serious gender bias when it comes to neurodivergent conditions.

The so-called naughty schoolboy stereotype has played a huge part in the definition of the ADHD person as, A) hyperactive and B) male. So, if you’re an ADHDer with periods who naturally doesn’t fit that description, the struggle is real. We’re talking late diagnoses, misdiagnoses, and a generous sprinkle of psychological distress. Oh, and let’s not forget the dreaded “You don’t look like you have ADHD,“ remark. Cheers pal. *Grit teeth and smile*

The behavioral signs and symptoms of PMS:

Spot the similarities? Inattentive ADHD and PMS symptoms have a lot of overlap. That means a big brain fog double whammy for ADHDers with periods. To put it simply, ADHD symptoms intensify due to PMS, and PMS brain fog is more severe if you have ADHD — it’s a bit of a chicken and egg sitch.

Because the causes of both PMS and ADHD are, ahem, still unknown, it’s hard to say exactly how this hormone and brain chemical concoction works. But, we can tell you that the relationship between PMS and ADHD is volatile. And hormone fluctuations are, mostly, to blame.

Estrogen fluctuations are something of a hot topic here at Hormona. While there’s no definitive cause of PMS, it does tend to occur as Estrogen levels plummet just before your period. Estrogen also stimulates Serotonin and Dopamine receptors in your brain. Which means they also take a hit once a month.

Now, ADHD is a neurological condition that’s affected by those same chemicals. So it’s no wonder ADHDers who ride that menstrual cycle are more sensitive to low Estrogen levels! And gang, that brings us rather neatly to the tumultuous relationship between ADHD and PMS.

If, like lots of people, it’s hard to imagine how PMS could be worse, here’s a little example of what happens when you add ADHD…

PMS brain: I lost my keys! Oh wait, there they are.

ADHD brain: I lost my keys! Oh wait, they’re in my hand.

ADHD and PMS brain: I lost my keys!!! Oh wait, they’re in my hand. *Locks front door* *Walks away with key still in door*

We’re kidding, for the most part. But all jokes aside, this is a combo that can be a nightmare once a month. Which is why coping strategies can be so important.

How to cope with ADHD and PMS

ADHDers already know that there’s not a huge amount of advice out there for this unique combination. Most of it really only tackles the PMS part and in no way takes into account how much more severe those symptoms can be for ADHDers. So here’s our take on that advice, with a few specific changes…

You can try it… You might even succeed… But the likelihood is that it’ll end up in a pile along with all the other diaries, journals, and planners you brought in a desperate attempt to organize your life.

There is, however, a wonderfully ADHD-friendly way you can keep track of your symptoms during your cycle. And drum roll, please… Yep, you guessed it, it’s the Hormona app. Trust us, it’s a lot more fun than a journal — and you can’t lose it!

Like we haven’t spent our whole lives trying to achieve some sort of bedtime routine, right? Although, enough sleep is super important – particularly when your PMSing.

But for ADHDers, such a rigid routine may seem unobtainable. However, if you’re struggling with sleep then CBD oil, snuggly sheets, and soothing smells might help. Or, if you’re noise-sensitive try playing white noise to block out intrusive sounds.

There’s no doubt that meditation has a ton of benefits. It wouldn’t still be around thousands of years after its invention if it didn’t. For ADHDers, though, sitting still and being aware just isn’t their jam.

In which case we recommended dancing around the kitchen. Because it also counts as a stress reduction technique. No, really.

Plan ahead with work and other commitments

This one really takes the proverbial. Start work early? Plan ahead?! Anyone with an ADHD brain knows we absolutely thrive off that last-minute adrenaline rush. And what’s the point in planning ahead when you’ll just forget all the plans anyway, you know?

What you can do, though, is cut yourself some slack. You might not be a whizz at work this week, but… Next week your hyperfocus will kick in and you’ll get three days’ worth of work done in three hours. BOOM.

ADHD and PMS: The verdict

Let’s be honest, gang, living with ADHD is tough enough on its own. Add in the hormone rollercoaster that PMS, and it’s a different world for three to seven days every month. We really hope that some of the solutions above will help with your ADHD-specific PMS symptoms. If you’re of a mind, there are also some fab supplements out there that can help PMS symptoms. They could make those pre-period days more bearable.

We want to celebrate all the fab qualities that come with ADHD, and help minimize the PMS-related symptom exacerbation. And the best way to do that is by talking. To doctors. To nurses. To your friends. And to us. Let us know what’s working for you, what isn’t and what you’d love to see being done. We got this, gang!

Disclaimer: This website does not provide medical advice. The information, including but not limited to, text, graphics, images and other material contained on this website are for informational purposes only. No material on this site is intended to be a substitute for professional medical advice, diagnosis, or treatment. Always seek the advice of your physician or other qualified healthcare provider with any questions you may have regarding a medical condition or treatment and before undertaking a new healthcare regimen, and never disregard professional medical advice or delay in seeking it because of something you have read on this website.