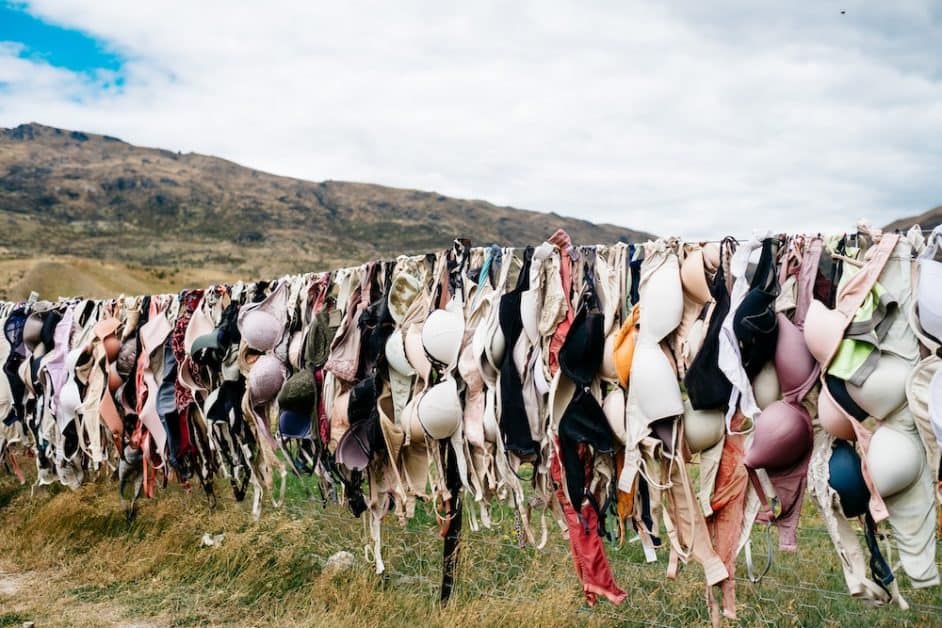 Have you tried going braless?

How many times have you been poked in the ribs by an escaped underwire, had to tug your bra strap back onto your shoulder, or wipe away the pools of sweat collecting under your boobs? Too many, right? But the idea of going braless is cringeworthy for some of us so we put up with the discomfort.

I can only really speak for us small chested ladies out there, but a bigger bust doesn’t mean you can’t also bin the bra. Over the last year and a half, I’ve gone braless almost every day and I can’t see myself ever going back and there are some incredible benefits to saying bye-bye to the boulder-holder for good.

The Best Benefits of Going Braless

We’ve all had to deal with that awkward endeavour of a bra fitting; standing in a room that’s never warm enough, crossing our arms across our chests waiting for a seemingly snobby woman to wrap us up in a tape-measure. Well, if you give up the bras, you’ll never have to go through a fitting ever again and will probably start to feel more comfortable in your own skin.

Not to mention, going braless means you can enjoy that ‘just-took-my-bra-off’ feeling all day without the itchy imprints all over your chest. Just imagine an entire day without having to readjust your straps or deal with an underwire digging into your chest. And not wearing a bra also means you no longer need to hide that once-white-now-grey bra at the back of your drawers.

Going Braless means you Save money on bras

How expensive are those fancy, lace, push-everything-up, wonder bras? I think we’ve all walked past Victoria Secret and lusted after a beautiful brassiere in the window, then the price sends us running in the opposite direction. Giving into the temptation of buying it usually means choosing between rent or food for the next few weeks; not needing to buy bras would mean we could have both!

Not to mention those cheap bras that don’t stand the test of time very well; I once had one that had ripped cups, fraying straps and both underwires were long gone – it was barely a bra but I didn’t want to waste money on buying new ones. Now I don’t need to worry about either of these things.

There are also health benefits of going braless and having a break from bras other than just letting the twins breathe – it’s actually been confirmed that going natural and not wearing a bra prolongs the perkiness of your breasts! And who doesn’t love a perky boob?

It’s also important to remember that when it comes to going to the gym for a workout or going for a run, wearing a sports bra is a must as the support it provides will protect breast tissue from any potential damage.

Going braless is such a natural thing, look at the old depictions of women in esteemed works of art such as The Birth of Venus where they stand proudly in their nudity in the most sensuous yet modest poses. It’s sure to make you feel just as feminine and confident as a goddess.

Not only would you feel sexier in your own skin but it’s a pretty satisfying power move in the bedroom to whip off your shirt and show off your own natural breasts.

Without the limitations of bra straps, it’s much easier to decide what to wear; you’ll never have to find a clever way of concealing your bra when wearing a backless or lowcut dress. Of course, you may now be thinking of the many dreaded wardrobe malfunctions that could occur in these dresses but why should we be so afraid of a little nip-slip? Be proud of your boobs! If men can strip off their shirts in summer, then why not let your girls have a little more freedom too. Besides, in the 90’s nipples were practically an extra accessory in fashion so why not bring them back?

Its your own choice whether to bra or not to bra but I suggest you darlings all give it a go at least once.

Forget your bra for the day, put yourself into your favourite outfit, and walk through the high street with confidence!

Have you tried going braless yet? Tell us below!